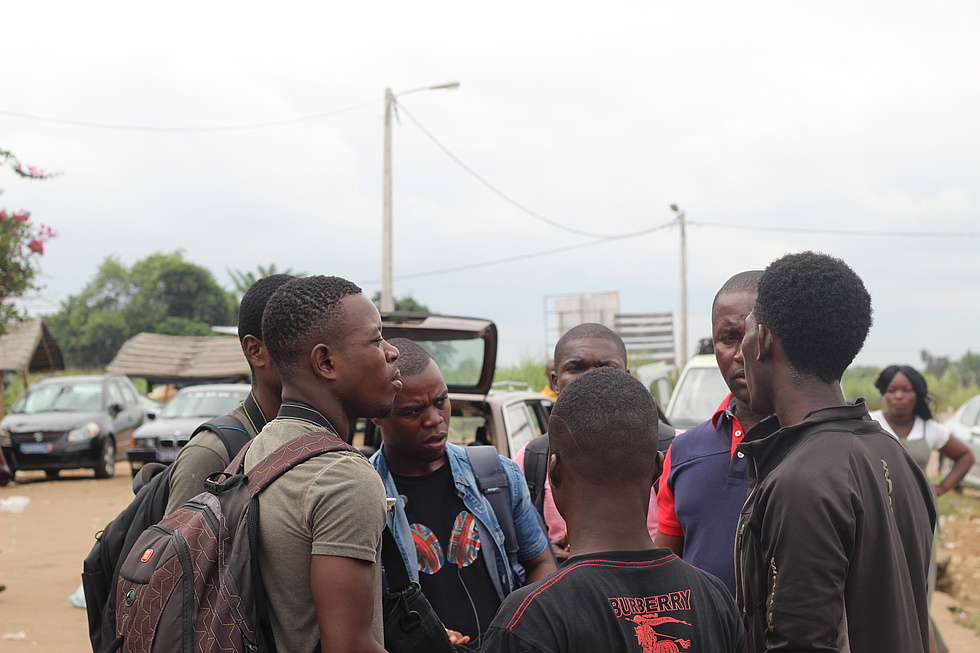 In an increasingly connected population, the urgency of checking the facts before dissemination any news becomes vital. What to do? How? With what tool? On which channel?

Everyone agrees on this definition: "[fake news is] fallacious information, infox, misleading information delivered with the purpose of manipulating or deceiving." Yet, fake news is multifaceted. We will retain two forms that are by the way the most widespread.

Let us start with vagueness, inaccuracies or omissions.

The person who disseminates the fake news will remove elements of the main information, twisting it and giving it another orientation or a direction different from its original purpose.

For example, in Côte d'Ivoire, the news that "18 illegal Italians" were found in the Sassandra district (in the south of the country) has circulated. This information is inaccurate and incomplete. In reality, 18 white people were of course found in that region but there were no Italians among them. They were rather Europeans and other nationalities, as the European Union’s ambassador to Côte d'Ivoire clarified.

Fake news can also use information that is true but presented out of context.

This is the case of a picture presented in Côte d'Ivoire as that of victims of police misconduct. Whoever posted it wanted to show how the Ivorian police was torturing people who did not respect the curfew. Except that this picture was taken during a demonstration in the Republic of Guinea in January 2020.

For the normal citizen, everything that comes from the Internet is systematically true. The worst part is that the media themselves take over this information without checking it. For what motivations? We should not forget that often the dissemination of fake news is part of a communication war among several stakeholders. You don't want to be manipulated by them but you want authentic/fact-based news!

How to spot fake news?

There is a basic presumption: systematically not believe any information that comes in handy. Such attitude demands that we (always) cross-check.

Beyond that, there are five tips that can help spot fake news.

First, pay close attention to the details. In general, if there is an eye-catching, catchy, stunning title, often with an exclamation mark at the end and/or written in capital letters. A close look can reveal that this article lacks a specific date or places.

Second, make sure it is a reliable source. Who is sending you the news? A friend? A stranger? A news site? The government? The WHO (World Health Organization)?

Advice: favor recognized sources. Government information, scientific journals. Take care if it comes to personal blogs and websites. Very often they are full of personal statements which remain nothing more nothing less than opinions.

Thirdly, in case a person is quoted or comments are attributed to him, the first reaction is to go to the official websites and social media accounts of this person. To make sure that the attributed citation actually originates from him or her.

For example: a message circulates on WhatsApp and Facebook saying that Barack Obama "asks Africans not to accept vaccines that will come from Europe". This information can be easily checked on the former U.S. President’s website and Facebook, Twitter and Instagram accounts. In the present case, no such statement is available on his website or social media accounts; this is indeed a case of fake news fabricated from scratch.

Next-to-the-last point: you need to diversify your news sources. By consulting other articles on the same subject, you can compare and cross-check the data. If the same information is mentioned in several places, quoting the same sources, it is more likely to be true.

Fifth and last point, you must “decrypt pictures.” Find the source of a picture to contextualize it, take care of its construction or use reverse image search engines like Google Images, to check that an image has not been hijacked.

To recap: when you receive news, you should not be too quick to share it. The risk of being a conveyor belt of fake news is high. Always cross-check. It is better to be the last person to publish authentic news than to be the first to disseminate fake news. Your credibility is at stake.

Israël Guébo is an Ivorian journalist, trainer, entrepreneur, media and communication specialist. He is considered one of the leading figures in the promotion of digital communication in Côte d'Ivoire and French-speaking sub-Saharan Africa.