The discussion on phasing out coal is extremely hard, especially in countries like Poland.

The discussion on phasing out coal is extremely hard, especially in countries like Poland, where around 80% of energy comes from coal. In the UN Climate Talks taking place in Katowice, the Polish presidency prepared a political declaration on “just transition”, promising not to leave the workers of the coal industry behind while building a clean economy. Though questions arise: to whom is it just? Isn’t it a delay of action to mitigate climate change? And who will provide real support?

Just transition is a concept that was developed by the North American trade union movement experts based on their experience of past transitions. “It is a process of phasing out coal in a way that leaves no-one behind”, states a paper by Bankwatch Network. The process is described by a couple of criteria – early planning, inclusivity, clear decision, adequate funding, adequate reskilling, improving quality of life – that should be met to secure a just march to a post-coal future. It emphasizes that it has to be made in a participatory and democratic way, involving in the dialogue and decision making everyone affected, including workers, local authorities, businesses, civil society, trade unions, educational entities and other actors.

Ensuring inclusivity is one of the reasons why Katowice, one of the former mining centres of Poland, was chosen to host 2018’s international climate negotiations. “People most affected by change should be invited to the conversation,” said Michał Kurtyka, the president of COP24. As well as trade unions have been arguing for many years to include the topic of just transition in the agenda of climate talks, “so it is great news that finally we are having this conversation today,” said Benjamin Denis from the European Trade Union Confederation.

In Upper Silesia, Poland’s main coal region, the trauma of shutting down mines in the 90s without providing employment alternatives and adequate social safeguards is still vivid in people’s collective mind. In just a couple of years thousands of people lost their jobs, and the miners community shrank from 400 000 to 70 000 in Silesia.

There are many similar cases in Central and Eastern Europe, such as the one told by Elsa Velichkova, mayor of Bobov Dol, Bulgaria. Bobov Dol is a small town in the western part of Bulgaria, known for its coal mines and thermal power plant. As coal mines are shutting down, more and more people leave the region searching for job and better life, thus the once flourishing local community falls apart. The mayor came to the talk to the international community because she thinks that they are forgotten by national authorities. In her presentation she cried out for help to attract investors that would create jobs in clean sectors: “Even me, myself, I have no possibility or opportunity to help others, how I could help them if me, the mayor, I am left out alone, nobody helps.”

Certainly, managing all dimension of shifting away from coal requires joint effort and preparation. But what are the real intentions of Poland? Even though they are vocal about solidarity and climate action, in reality they seem to do the opposite. A position paper issued by the Polish Energy Ministry stated that Poland opposes increasing the EU emission reduction targets as it would have a negative effect on the electricity sector and the Polish economy as a whole. Further discussing the concerns about justice in the Polish context, Joanna Flisowska from Climate Action Network Europe pointed out that “it’s absolutely crucial to consider the just transition from the angle of workers, but we also need to consider it from the perspective of those who have been suffering from the health impact of coal.”

According to the World Health Organization, millions of people are exposed to air pollution around the globe, resulting in 7 million premature deaths every year. Joanna Flisowska – who was born in the Upper Silesian Katowice – also told us that green job opportunities are already growing thanks to tech-companies that are attracted to invest in the region. But proper preparation of transition “with proper timeline, with honest discussion and with some additional financial support” is crucial to build a clean economy in the upcoming years.

Annamária Lehoczky is a young climate expert and a passionate environmental journalist from Hungary, reporting on environmental-social issues, sustainable solutions and climate innovations. 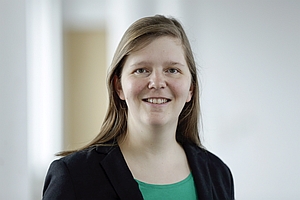