Florent Couao-Zotti from Benin describes in literary form the side effects of coronavirus in his home country. 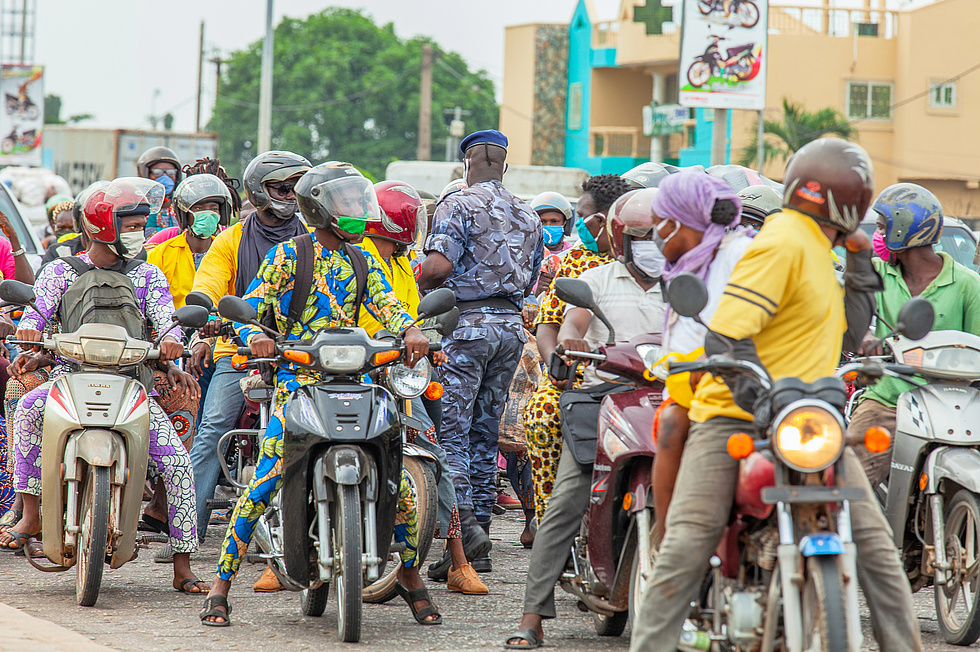 The Beninese only have a caricatural image of China. For a long time, this country and its nationals triggered in their heads the image eaters of lizards, these well-known reptiles that wander on the walls and that children have fun hunting and piercing with needles. In fact, in the eighties, when the Chinese were building our so-called “Stade de l’Amitié”, the country’s biggest stadium, some facetious kids went to offer them lizards already killed and grilled. They thought our friends were going to be surprised and drool over such a gift. But those workers from the Empire of the Rising Sun did not appreciate the offer. Those who were good at Kung Fu among them had to deploy their arms and legs to inflict a proper correction on the kids.

The Chinese, so-called eaters of lizards, chameleons and other animals, are believed to have such a fierce appetite that even the rarest species trembled in fear for their skin. Thus, the pangolin found itself on their plates. And its defenders became appalled: How can such a species, that only feeds on ants, produce the bloodthirsty rabies for Mao Tse Tung’s fellow citizens? Having at last no one to defend it, the animal then decided, says the rumor, to take revenge. Its resilience was said to have given birth to the Coronavirus.

The Beninese exchanged all sorts of jokes as soon as they started hearing about this disease. Little affected, they claimed that animals were in the process of regaining control and that, soon, humans would find themselves under their boots like in the movie Planet of the Apes. This joke lasted until the day when reality became different, when the Corona slipped into the sleeves of our boubous and the folds of our trousers. The end of the world was then abundantly mentioned. It was believed that the devil, tired of acting through an intermediary, has decided to deal a great blow to humans by means of a small infinitesimal being.

In popular settings where people find have trouble believing, to imagine a virus that is shaking up the West, that lines up many dead people along hospitals, seems unreal. This is why, here, some local zems (motortaxi drivers) continue to carry sometimes two passengers on the back of their motorbikes. If some wear masks, others only have their laughs to display.

In the markets, women vendors trust God. Rosaries have since been on the move, and the Bible, like the Holy Quran, is open to pages from which - between two sales - endless pleas rise. But before celestial help, secular protections are organized. Masks of all textures, from toilet paper to tchivi (low quality loincloth), from the model bought in pharmacies to the dubious hand-made one, increasingly cover faces. And taps, fixed in plastic buckets, release water streams which wash hands at the entrance of shops.

At the Stade de l’Amitié, the traditionally busy nights have become severely anemic. The bars being closed, the beauties of the night find it difficult to get customers. Walking down the open space in front of the stadium lasciviously, a girl,melons uncovered, hails me for a spicy session.

‘Darling,’ she says, ‘I’m not expensive. I’ll give you love and you will be happy.’

‘How are you doing in these times of Corona?’, I ask her.

‘You're gonna working from behind that's all. Face to face, it's not possible.’

I start the engine again. She runs after my car, almost misses being run over. She wanted to give me a discount so that we could work from the front and everywhere at the same time.

Meanwhile, in Porto-Novo, on the Boulevard du Cinquantenaire, a crackpot furiously tramples the ground in the middle of the road. He seems to be in rage against an adversary that he wants to take off his feet.

‘I have killed Corona,’ he said triumphantly, raising his arms to the sky.

Then he bends down and, with his tongue, starts licking the spot. A circle representing the virus had been drawn there. And the crackpot, being affected by it, tried to defeat it.

‘Anyway,’ says a homeless man who smokes a cigarette butt found in the street, ‘diseases come, kill and go; if it is not Ebola, it is Corona. Everyone gets excited when this crap comes, but no one thinks of the other healable at low cost and from which we suffer all the time: misery.’

Florent COUAO-ZOTTI was born in 1964 in Pobé, Benin. A former professor of literature, journalist and author of twenty-three books, he is the laureate of several awards including the Prix de l'Académie française.