What possible solutions could look like in the Sahel conflict region 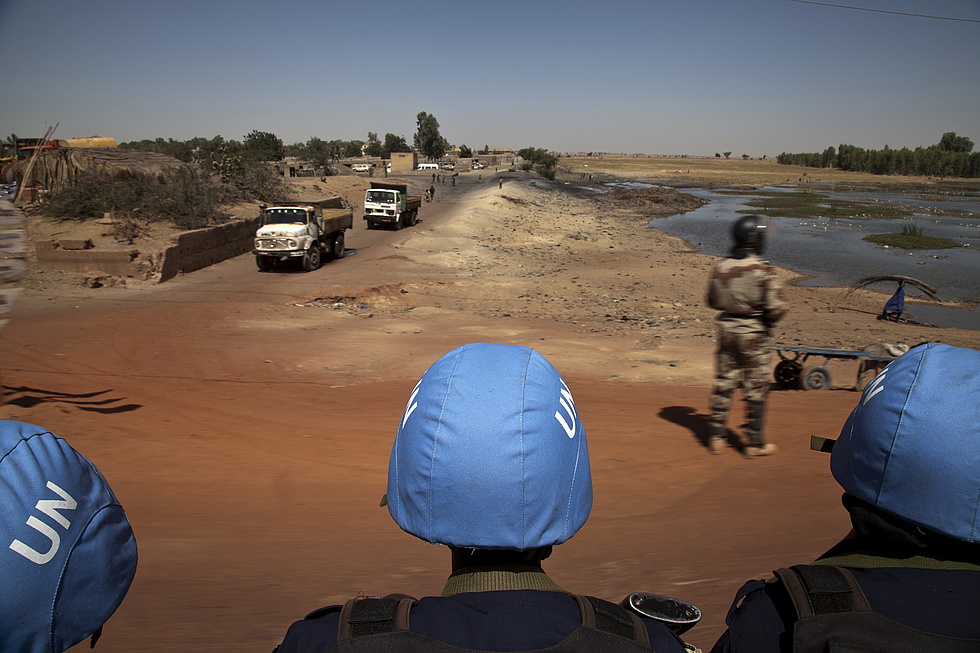 The security situation in the Sahel has been steadily deteriorating in recent years. Violent conflicts have been igniting both from smouldering conflicts between settled and nomadic groups of the population as well as jihadist factions. In 2019, Mali and Niger were among the top 10 countries on the Global Terrorism Index. In the last quarter of 2019, almost 200 soldiers (100 in Niger and 90 in Mali) lost their lives in attacks carried out by extremists. The regional dimension of violence is particularly salient in the tri-state region where Mali, Niger and Burkina Faso border on each other. Governments have in part lost control over their territory here. Despite considerable international presence, both in the guise of the United Nations (with troops in Mali, Burkina Faso, Chad and Niger) and Barkhane (the French anti-terrorist unit operating in northern Mali and Niger), internal security cannot be guaranteed in this region. The G5 regional intervention force, made up of troops from the armies of Mali, Burkina Faso, Chad, Niger and Mauritania, has often been styled as a follow-up to Barkhane, but at present only makes the impression of being very weak and vulnerable and not even close to operational. Raids on the population in central and northern Mali and elsewhere are still taking place with distressing frequency. On top of it all, the Sahel faces all the challenges that come with very young and growing population. Food security and access to water under extreme climatic conditions are factors fanning the flames of conflict.

The Sahel is a strategic priority for the European Council.

The European Union is supporting the G5 Sahel countries with approximately eight billion euros in bilateral development funds over the period 2014-2020 and, under the aegis of the Common Security and Defence Policy (CSDP), is committing resources to ramp up training of state security forces both in Mali and Niger within the scaffold of EUCAP Sahel as well as help train armed forces in Mali under the auspices of EUTM. Brussels has also earmarked 147 million euros to put the G5 regional intervention force on combat footing. Nevertheless, there has been a dearth of civil society involvement in these efforts, particularly with regard to reforms in these countries' security sectors.

The Friedrich-Ebert-Stiftung is committed to and working for a strong civil society in security sector reform.

Based in Dakar (Senegal), the Friedrich-Ebert-Stiftung's Peace and Security Competence Centre is targeting this aspect in particular in biennial regional dialogues: the Abuja Dialogue, (at ECOWAS level) and the Sahara Dialogue. Both venues are drawing in civil society and political actors as well as academics in the exchange. The aim and intent is to develop policy recommendations for decision-makers in sub-Saharan Africa as well as in the European Union. Up to now, international development cooperation in the field of security sector reform has for the most part favoured a technical approach: The equipage and training of police and military forces stands at the forefront, teamed up with the hope that this will lead to an elevated quality of security for citizens. The problems afflicting the security sector in West and Central Africa, however, are manifold: the list ranges from a shortage of boots on the ground and a lack of technical hardware and equipment all the way to inadequate training, corruption and abuse of the civilian population. It is also with all this in mind that the FES has been carrying out a project on democratic governance and reform in the security sector with co-financing from EU funds in Western Africa and Cameroon since spring 2019. The aim is to make the security sector in Mali, Nigeria, Cameroon and Senegal as well as in other parts of the ECOWAS region more just and more transparent and to increase the accountability of security forces to the population. At the heart of the project is capacity and competence-building along with cooperation with civil society. Among the target groups and project partners here are also media professionals, academics and political decision-makers. Security sector reforms in the respective countries are to be geared more closely to the needs of the population. Non-governmental organisations are to be increasingly drawn into the public debate, decision-making processes and public monitoring of the security sector.