Division for Analysis, Planning and Consulting

How can we make togetherness in diversity work? That is the most urgent question confronting integration policy. This is so because modern societies—even quite apart from immigration—are religiously, politically, and socially diverse and provide space for quite different life plans.

Such diversity is potentially a very positive attribute, but at the same time it can give rise to conflicts that need to be resolved. By “integration” we mean a process that resolves these conflicts constructively while allowing all members of society to develop their full potential. In line with this understanding of integration, the Friedrich Ebert Stiftung advocates a policy of integration that enables every individual to become a full participant in society.

Why inclusion and equality pay off for all of us 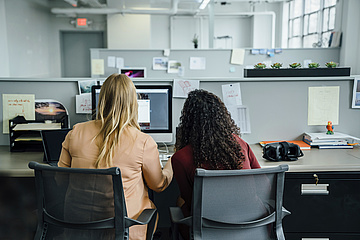 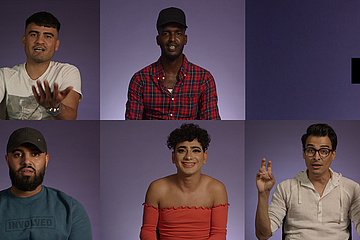 On language courses, looking for work, moments of joy, and loneliness

We spoke with filmmaker Niklas Schenck and protagonist Azim Fakhri about the film “Here to stay—Stories of arriving in Germany.” 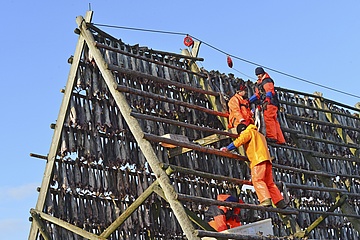 Why “together in diversity” and what kind of togetherness do we have in mind?

A modern society like Germany's is diverse. A glance back at history shows that it always has been so. Since time immemorial the country has sheltered a variety of religious beliefs, regional cultures, customs, and languages. This diversity has been proliferating for quite some time, so that by now Germany has become a truly plural society. Moreover, Germany's diversity has been enriched by immigration from other countries. For example, although one generation of “guest workers” was welcomed originally on a purely temporary basis, eventually their children and grandchildren struck deep roots in this society. Also, Germany has accumulated considerable experience in accommodating the immigration of “late repatriates” (people of German ancestry whose forbears left Germany long ago and who lately have returned to their ancestral homeland) from the territory of the former Soviet Union. More recently, an increasing number of immigrants from the European Union have taken advantage of their right of free movement to come to the Federal Republic. Finally, numerous individuals from Arab and African countries have fled poverty and violence in their countries of origin, seeking a better, more secure life here.

All of these people live together in Germany. Sometimes they have different needs. While many of them already have some knowledge of German when they arrive or learn it easily in the course of everyday life, others need special help to master the language. Likewise, some already possess professional skills that are urgently needed in a developed economy such as Germany's. By contrast, others would benefit greatly from opportunities for continuing education and the acquisition of skills for career development.

But there are many needs, desires, and vital goals that all of us share. Therefore, integration cannot just mean that immigrants or other members of minority groups should unilaterally adapt. Rather, integration should be regarded as a responsibility incumbent upon the entire society and a reciprocal process. To put it bluntly, we don't need special programs for migrants or refugees; we need structures that work for everyone.

In this sense Germany ought to have a policy that

Thus, where integration is concerned, social democracy must assume definite responsibilities and meet certain challenges. To be more specific,some of these obligations have to do with the integration of new citizens into our immigration society while others arise quite independently of it. Social democracy is based on the fundamental values of freedom, justice, and solidarity. By the same token, these fundamental values characterize approaches to integration policy. Such values also yield unambiguous points of orientation for dealing with cultural diversity: recognition of and participation by everyone. The task is to make sure that both goals are met.

Thus, where integration is concerned, social democracy must assume definite responsibilities and meet certain challenges. To be more specific,some of these obligations have to do with the integration of new citizens into our immigration society while others arise quite independently of it. Social democracy is based on the fundamental values of freedom, justice, and solidarity. By the same token, these fundamental values characterize approaches to integration policy. Such values also yield unambiguous points of orientation for dealing with cultural diversity: recognition of and participation by everyone. The task is to make sure that both goals are met.

Integration in the labor market

Most immigrants hope to have a better life in Germany than the one they could have had in their countries of origin. To achieve that goal, they absolutely must be able to find gainful employment at a living wage.  For most people, having a job at decent pay is important not only for their financial independence, but also—and especially—for their psychological well-being. In the industrial age it was the workplace that exerted the strongest integrative effects on immigrants. There, they came into contact with their colleagues (many of them German) and not infrequently joined labor unions and sometimes got politicized in the German party system. As Germany evolved increasingly into a service economy, all that began to change. Nevertheless, access to gainful employment at a living wage remains a crucial factor in the overall effort to integrate immigrants successfully. Also, at the end of the day, successful integration into gainful employment is one of the factors that influences the attitude of the host society towards new immigrants.

The skill set of the immigrants largely determines how well (or poorly) they will be able to integrate into the German labor market. Migrants from inside the European Union have free access to that labor market, often are already familiar with the country, and therefore enjoy an easier starting position. So, not surprisingly, some five million EU citizens already live in Germany.

Those who have arrived in Germany as refugees generally have a tougher time. They usually do not bring with them the kind of well-documented formal qualifications that they will need for the German labor market. This is often the case for those who have been granted only “subsidiary protection” (i.e., who are not recognized as legitimate refugees and/or lack an entitlement to asylum) or those whose unclear residence status means that they are only tolerated here. Naturally, both of these factors have a negative impact on their long-term prospects for finding formal, skilled employment.

Those individuals who immigrate and then plunge directly into the German labor market definitely have the easiest time, despite the fact that German immigration law until recently has been highly fragmented.  Today, these classical migrant workers tend to be highly skilled and usually are recruited directly by employers in Germany. To broaden such access and enjoy greater success in recruiting candidates to fill openings for urgently needed skilled labor in many branches of industry, the German Federal Government is planning to approve a new Law on the Immigration of Skilled Workers in 2019.