From a progressive perspective, there is no doubt that global economic, trade and tax policies serve a higher goal. Primarily, they are instruments to reduce inequality within and between states and between the Global North and Global South. A beneficial global economic order serves the common good: It provides solutions to social issues, instead of exacerbating them.

With the 2030 Agenda for Sustainable Development, the United Nations have created a set of guidelines for the economic system of the future, and for our work as well.

Together with our partners, we are committed to shaping the global economic system so that it benefits the common good, and to implementing the Goals of the 2030 Agenda – all over the world. In this, our emphasis is on trade and tax policies and also the topic of corporate and investor responsibility.

Interview with Marlese von Broembsen, head of legal affairs at the international organization WIEGO (Women in Informal Employment: Globalizing and...

States have a choice: they can opt for austerity programs or they can decide to put in place taxes on those who have taken advantage of the crisis to...

Too Big To Fail-financial firms play a crucial role in the chronic net outflow of financial resources from the global south to the global north. Shows...

China is a critical component of the global financial architecture as both a member of the international institutions and as an institution-builder.... 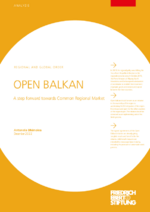 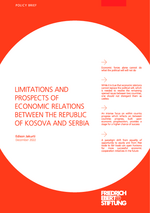 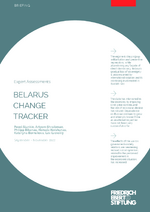 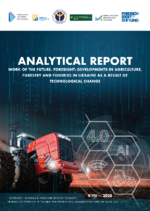 Work of the future ; Foresight: developments in agriculture, forestry and fisheries in Ukraine as a result of technological change
Kiev, 2022 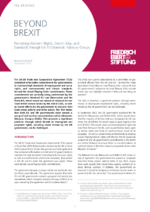 Seen from the progressive standpoint of Social Democracy, there is no doubt that the role of economic policy must be to promote prosperity for society as a whole, and to reduce inequality within and between countries. A progressive global economic order solves social issues instead of exacerbating them.

First and foremost, this means that the social benefit derived from economic actions needs to be front and center at all times. The interests of powerful, well-connected players such as investors or corporations must not be allowed to override the common good. Just like a state's citizens, economic actors have both rights and obligations: They are protected by the state but must also: adhere to the law, preserve public assets such as the environment, pay taxes, and be held responsible for any damage caused.

Because large transnational corporations often put these obligations last, states and parliaments must regulate them. The economy should be under democratic control, both nationally and internationally. Strong and democratically legitimate institutions are required to provide oversight of the global economy. The establishment of an effective system for “Global Economic Governance” is one of the most important tasks of our time, to ensure that all human beings – and not just the “1 percent” – can benefit from economic growth.

2030 Agenda: A Guide to Tomorrow's Economy

With the United Nation's 2030 Agenda, the international community has given itself a set of guidelines for shaping the global economy in the future: One person's prosperity should not come at another person's expense, or at the expense of upcoming generations. Future economic activity needs to be guided by sustainability principles and the common good. This is the only way in which states will reach the Sustainable Development Goals (SDGs), which cover issues such as reducing poverty and inequality and addressing the effects of climate change.

In our work on economic issues, we are committed to: