All FES experts on Peace and Security

Peace is more than just the mere absence of violence and war. Only when people can freely realize their full potential are they truly “safe”. A positive peace and human security are the indispensable anchor points of our advocacy in the field of peace and security policy.

In concrete terms, this means fighting for disarmament, dialogue and cooperation – worldwide. We want to empower regional alliances and platforms that mediate in case of conflicts and can intervene, if need be. The FES also advocates for a reform of the United Nations, so that they can react to conflicts quickly, effectively and without prejudice. In many states, we and our partners are working towards improving democratic control over security structures and players. Because military and police officers should be publicly held accountable for their actions as well.

And, crucially: Progressive peace policy is more than just security policy. The 17 Sustainable Development Goals laid down in the United Nation's 2030 Agenda are clear: Promoting peace is at the center of all policy fields – economic, social, environmental and cultural, both in poor countries and in rich ones.

How to respond to the situation in the Sahel

In fighting the growing insecurity in the Sahel the EU has to choose between strategic stubbornness and a willingness to rethink.

The New Cold War in the Western Hemisphere: The United States’ China Challenge in Latin America

Thirty years after the end of the Cold War with Soviet Russia, the Biden administration finds itself in a similar competition with China. What...

At the time, they were presented as an exception and a temporary, urgently needed measure. Yet two decades after the September 11 attacks,...

From Tent Cities to the COVID-19 Protests

Part I: Two Social Protests in Israel from the Eyes of the Activists

Three visions for NATO: Mapping national debates on the future of the atlantic alliance

The study shall provide experts but also policy makers and interested citizens with the orientation and expertise necessary, to effectively...

How a holistic perspective can inform EU policymaking on Syria 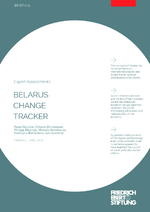 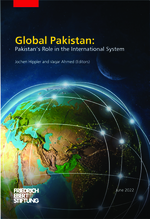 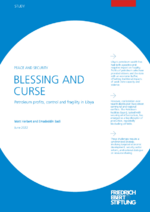 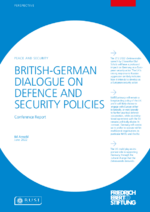 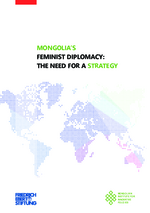 Mongolia's feminist diplomacy: The need for a strategy

“Peace is not everything, but everything is nothing without peace.” This 1982 quote by Willy Brandt holds just as true today. Women, men and children can only realize their true rights and potential where they are not threatened by war and violence or have to fear for their survival. Bodily integrity is a basic human need. Living in peace under a set of commonly agreed and binding rules is a prerequisite for development and peace.

Peace is more than the Absence of Violence

From a progressive point of view, the definition of peace contains more than just the absence of war and violence. We are committed to a positive peace in and between societies. The concept of positive peace means that not only do people not fear for their lives, but that they have the opportunity to fully realize their potential.

Basic Human Rights for All

Political, economic, social and cultural basic rights for all form the basis for positive peace – upholding them is absolutely vital for vulnerable and marginalized groups in particular. A democratically elected polity that is accountable and effective, as well as a civil society that is active and pluralistic, are most able to demand and respect these rights.

Democratic processes and institutions lay the foundation for a lasting peace. They make it possible to peacefully defuse political, economic and social conflicts and to prevent armed confrontations. Therefore, our approach to peace policy is closely linked with promoting democratic structures, efficient institutions and a vital and pluralistic civil society. In addition, social and economic developments that allow for an independent and peaceful life are another focus.

Human Security instead of Security of States

What is security? The answer to this question will vary, depending on political framework. From a progressive viewpoint, it is that women, children and men feel safe, both in public and in private spaces; that they can live free from fear; and that they are able to develop freely, both socially and economically. Therefore, a progressive policy orients itself around people and social groups, around their need for security and emancipatory efforts.

Our definition of security is derived from the concept of “Human Security”. This term encompasses both Freedom from Fear (the protection from physical violence), as well as Freedom from Want (the protection of a person's livelihood). The latter includes threats such as economic crises, corruption, socio-economic exclusion of certain groups, destruction of the environment and diseases. In conclusion, a progressive policy whose standard is human security reaches much further than a conservative or militaristic policy, whose aims are geared towards the security of states.

For us, following factors are considered to be peace policy challenges as well: Underdevelopment, socio-economic lack of perspective, horizontal inequality and inequitable distribution of assets, food and environmental insecurity and the ruthless exploitation of natural resources. All these cause and exacerbate violent conflicts and human rights abuses.

Who May Use Force?

How is human safety organized in different societies and states? Which institutions are responsible for security? How, and by whom, are these institutions controlled? All these questions need to be negotiated within their respective contexts.

A particularly fraught topic is the use of force: Who is authorized by citizens or members of a community to use force? Is there a legitimate form of force or a monopoly on its use? Which extreme circumstances allow for the use of force, even if human rights violations are the result?

Monopoly on the Use of Force instead of Despotism

According to Erhard Eppler, one of the most renowned progressive thinkers, a monopoly on the use of force is an inestimable achievement of civilization. Rather than a random use of force by individuals or single groups, a monopoly is transferred over to social or state authorities through a democratic process. For this process, it is absolutely vital that these authorities are accountable and have to answer to parliaments or citizens. Institutions governed by the rule of law contain the power that comes with the permission to use force in certain situations.

In many weak and fragile states worldwide, there is no state monopoly on the use of force, or their security forces operate with no oversight. In these situations, this security gap is very often filled by alternative, non-state security contractors. In the eyes of the population, they might be seen to perform a vital service – but they can become a threat just as easily. Non-state contractors might abuse their role of providing security for personal gains, just like criminal or terrorist networks often do.

Global Police and Global Domestic Policy: How can Security be Organized Internationally?

The philosopher Norbert Elias describes the act of agreeing on whom to confer the monopoly on force as a “process of civilization”. This process does not need to end at the borders of nation states. It could also encompass the international system, and ensure that the world becomes a safer place everywhere.

In the introduction to the 1980 so-called Brandt Report (North-South: A Programme for Survival), Willy Brandt and his partners wrote: “The globalization of dangers and challenges – war, chaos, self-destruction – calls for a domestic policy which goes much beyond parochial or even national items.” In concrete terms, this means the need for democratically legitimized authorities on the international level, that create and enforce a binding body of law. This can only be achieved through joint efforts and through conferring responsibilities and competencies – essentially, state sovereignty. As their second Secretary-General Dag Hammarskjöld said, the United Nations were created in order to “save humanity from hell”. They are the entity that is most likely to act as the keeper of a contractually binding global domestic policy.

A civilized conflict resolution requires jointly determined and legally binding regulations for coexistence within, but also between states. Therefore, progressive parties and movements demand: In order to achieve security and peace, it is crucial to support national monopolies on the use of force that are legitimized and based on the rule of law. Furthermore, an international monopoly on the use of force under the umbrella of the UN is needed as well.

For this reason, strengthening international organizations is a central tenet of progressive peace and security policy. Key among these are the United Nations, but also regional alliances for cooperation and dialogue such as the African Union and the Organisation for Security and Co-Operation in Europe (OSCE). International solidarity, peace diplomacy, crisis prevention, disarmament and détente – these are the fundamental principles of a progressive peace and security policy.

Arms Control and Establishing Trust: Peace and Security through Convergence

When states escalate their rearmament efforts, the threat of violent conflict increases. In order to avert this situation, a progressive peace and security policy focuses on dialogue, cooperation and disarmament.

The détente policy instigated by Willy Brandt and Egon Bahr towards the Soviet Union and the GDR during the Cold War is one historical example of this strategy. In his 1963 Tutzing Speech, Bahr called for a “change through rapprochement” policy and questioned the logic of power bloc confrontation. Instead, he outlined a new strategy: Moving away from a policy of confrontation and towards confidence-building talks. This was supposed to bring about change from within for communist systems.

As a result, a number of treaties with the Soviet Union and their allies were negotiated at the beginning of the 1970's – against conservative resistance. These treaties formed the basis for containing the arms race between the super powers and restructuring it into a more stable system of arms control.

Looking to the past shows two things: It is possible to change a policy of threats to a policy of constructive talks. And mutual trust is the basis for the reduction of weapon caches, which constitute a threat to the whole world. Consequently, “change through rapprochement”, dialogue and arms control remain the cornerstones of a progressive peace and security policy.

The Case of Europe: Peace is a Continuous Task

Peace does not fall from the skies. Peace can and must be promoted – locally, nationally and globally. This is a fundamental conviction of progressive policy. Peace is a temporary state created by political, social, economical and cultural processes of negotiation and creation. Promoting peaceful societies, a key goal of the 2030 Agenda, remains a continuous task.

The European continent is a historic testimony to the fact that peace can be created through political intent and yet still remain fragile. Never before in Europe's violent history has peace between states lasted for as long as it has in the period starting in the 1950's, which marked the beginning of the process of European unification. After the end of the Cold War and the Fall of the Berlin Wall, lasting peace seemed to be in reach. However, this hope is under threat: The European security order based on the Helsinki Final Act (1975) and the Paris Charter (1990) has become frail. At the latest since Russia annexed the Crimea and interfered in the Civil War in Eastern Ukraine, it has become clear that not all signatory states respect the fundamental tenets of the European security order any more. At the same time, conflicts that had seemed solved in the course of European cooperation are boiling up again within the European Union, such as the Northern Ireland conflict.

The case of Europe shows that peace is by no means a given. As Willy Brandt said in his acceptance speech for the Nobel Peace Prize in 1971: Creating peace must be “regarded as a never-ending task”.