What solutions have banking unions proposed to negotiate transitions in a sector confronted with automation, job losses and structural changes?

The banking sector has been dramatically affected by technological innovation and restructuring. Computer and algorithms increasingly replace the need and duration of customer interaction with an employee, leading to a massive loss of employment in the sector worldwide.

Counterintuitively, however, this has not brought about the demise of trade unions in banking. On the contrary, their importance has increased. Two examples of banking unions in Romania and Uruguay show why: they have very early accepted changes and insisted upon employees and their members to be ready for it by stressing the need for retraining and obtaining skills for the new jobs in the sector. Focussing on employment rather than on specific jobs as been fundamental to the trade union’s approach, as has the inclusion of the gender perspective in all its negotiations.

Crucially, in a sector where social dialogue has long been established, the unions were able to manage the change by negotiating with banking companies collective bargaining provisions on training and re-skilling.

Even more so, the Uruguayan union is a forerunner of the «robot tax» which may, more appropriately be called «ATM-tax» in that new technological assets introduced by companies entail a financial contribution to their pension fund.

In Romania, the union was able to draw a benefit from a temporary shortage of skilled workers to negotiate the first sectoral collective bargaining agreement in the country after the recent dismantling of the wage negotiation system.

These two examples demonstrate that trade unions have a role to play in shaping a sector in deep and rapid transition – a sector that has come under pressure for its role in economic and financial crises of the last decade.

In our second session of «Trade Unions in Transformation 4.0» series on 14 October 2020, we want to explore what power resources banking unions have brought to the bargaining table. What solutions have they proposed to negotiate transitions in a sector confronted with automation, job losses and structural changes? How do they envision and advocate for a digitalized financial sector that serves the people and not capital?

Join us for our discussion with labour scholars and union activists!

Back to bargaining business in banking

How digitalisation plays Romanian trade unions an upper hand. Romanian banking workers have not been passively watching how automation and technological innovation take away their jobs. Rather, their union has negotiated a collective bargaining agreement for the whole sector that provides for obtaining the skills needed for transformed workplaces.

How a Uruguayan union negotiates automation in the financial sector. Faced with fast-paced digitalization of the financial and banking services, the Uruguayan Banking Workers Union AEBU did not hesitate: it focused on retraining its members and to protect their employment and social security – not least by introducing what may be called an «ATM-tax». 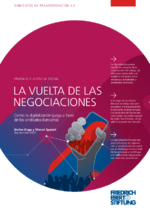 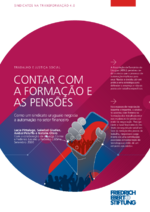 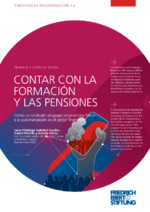 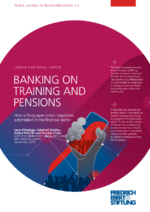 How a Uruguayan union negotiates automation in the financial sector
Berlin, 2020 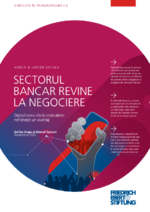 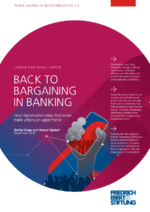 Back to bargaining in banking 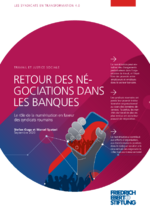 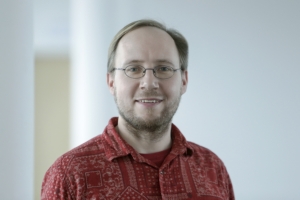