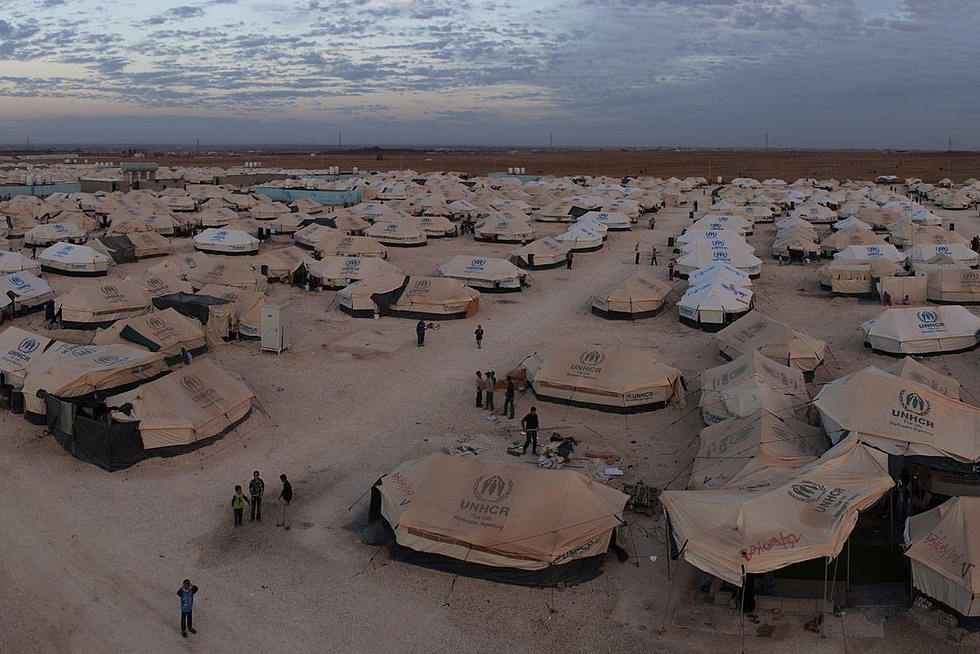 Across the world, 68.5 million people have fled their homes

Up-to-date statistics published in “Global Trends” by the U.N. High Commission on Refugees (UNHCR) show that the negative trend of the last few years is continuing. In 2016, 65.6 million people sought protection from war, violence, and persecution; last year that number had risen to 68.5 million. This number—certainly hard to imagine--conceals fates that should not be allowed to fade into the background behind statistics.

In Germany the current debate creates the impression that our country has been especially deeply affected by this development. We talk about “asylum tourism” and “asylum flood.” People raise a clamor about so-called anchor centers, national and European solutions, or even turning away refugees at the border. The UNHCR supplies facts that put these discussions in the proper light. Each month, fewer than 1000 people apply for asylum at the borders. And only a fraction of them were previously registered in another EU country. Hence, the decision to turn the latter applicants away would directly affect only a small group, according to Dominik Bartsch, the UNHCR representative in Berlin.

The political debates have had an effect: taking in refugees makes a not inconsiderable portion of our society uneasy. Facts—and not just those that apply to Germany or Europe—make it apparent that we are talking about a nearly unfathomable worldwide tragedy.  One thing deserves emphasis: In Germany, our society passed its great stress test in the years after 2015-16. Although it is seldom reported now, many people all across the country have made a commitment to help refugees to whom this country has offered shelter. The situation is so fraught precisely because of the contrast between these commitments and the current political discussion.

A person is compelled to take flight every two seconds

We don’t need to embrace an artificial jargon of “deep concern” in order to get a sense of the global crisis. The real catastrophe is unfolding elsewhere, not in this country. Worldwide, 68.5 million people have fled their homes. As the UNHCR interprets it, not only is this figure rapidly increasing; it confirms the existence of a five-year-long trend toward flight and expulsion.

Most of those who have fled their homes come from Syria, Afghanistan, South Sudan, Myanmar, and Somalia. The overwhelming majority of these refugees find safety in neighboring countries. Eighty-five percent of the world’s refugees are living in so-called developing, low-income countries.

More than half of the refugees are children

Worldwide, more than half of refugees are children. UNHCR reports indicate that at least 173,800 children have been separated from their families and thus were forced to seek safe havens from war, violence, or natural disasters on their own. Because the registration process has proven to be complicated, the actual number may be far higher. It is obvious that unaccompanied minors seeking refuge are at especially high risk, since they cannot easily defend themselves against exploitation, sexual violence, human trafficking, or mistreatment.

Regions perpetually in crisis are the sources of the unimaginably high number of people who have taken flight. And yet they are the very ones that have fallen out of the public spotlight. Typical of those zones is a lack of aid supplies and financing for emergency aid missions. Thus, the local population receives either insufficient international help or none at all. In many countries there is no sign of any political will to end the crisis. Consequently, the public remains quite unaware that many of these crises are even occurring, because the media takes no interest in them. Countries such as Yemen, South Sudan, the Democratic Republic of the Congo, Somalia, but also Bangladesh, Myanmar, and Venezuela, all have suffered from this lack of attention to their plight. In many cases the reason for such neglect is the nearly impenetrable complexity of the crises themselves

Thus, to cite one instance, the 4.5 million internally displaced persons in the Democratic Republic of the Congo simply have been forgotten. Likewise, the Yemen crisis, in which 22 million Yemenis are in desperate need of help, is one of the world’s greatest humanitarian disasters. There is scarcely anyone who still understands the background of the conflict, its mutating alliances, and its rivalries. In spite of this catastrophic situation, Yemen has taken in about 281,000 refugees, mainly from Somalia, and was one of the signatories of the Geneva Convention on Refugees.

The public learns little to nothing about any of this, partly because, due to the dangerous situation in Yemen, journalists rarely travel there. The UNHCR is one of the few aid organizations that remains in this disintegrating country. For twenty years after the fall of the dictator Siad Barre in 1991, Somalia lacked a functioning central government. For the most part, the transitional governments formed later under international auspices have been failures. Large stretches of the county are in the hands of local clans, warlords, or Islamist groups.

An end to these crises is not in sight; consequently, no solution is discernible for the people who have fled. Because the community of states still has made no serious progress in resolving the global situation of refugees, it is time to involve civil society as well. The demands directed at the UNHCR and its national partners will continue to multiply. In Germany, the latter is known as UN Refugee Aid. While this organization directs projects for refugees in Germany, its responsibilities also include mobilizing civil society to support the UNHCR financially. But for UN Refugee Aid, mobilizing civil society also means making an urgently needed contribution to fact-based debates.

However unlikely it may seem that solutions will be found anytime soon for the conflict zones, it is just as certain that the forgotten crises will one day re-emerge into public view. This is to be expected because human beings with no prospects will seek a better future. By summoning up all of its political resources, Europe has managed to afford protection to 2.5 million of the more than 68 million people worldwide who have fled their homes. At the same time, Europe claims that it is following the most exalted moral standards and acting in behalf of humanity. It thus has exposed deeply-rooted contradictions, for which there are no simple solutions.

The Global Pact for Refugees, currently being drawn up by the UNHCR under the auspices of the United Nations, is a preliminary but important milestone in devising sustainable ways of dealing with refugee movements that seem likely to continue for a long time. By means of the pact, UN member states should commit themselves to a fair apportionment of global responsibilities. In this manner, emergency humanitarian aid will be linked to long-term development goals.

Peter Ruhenstroth-Bauer is the director of UN Refugee Aid.

Contact in the Friedrich Ebert Stiftung: Sönke Hollenberg, consultant for the subject area of integration and participation in Forum Berlin 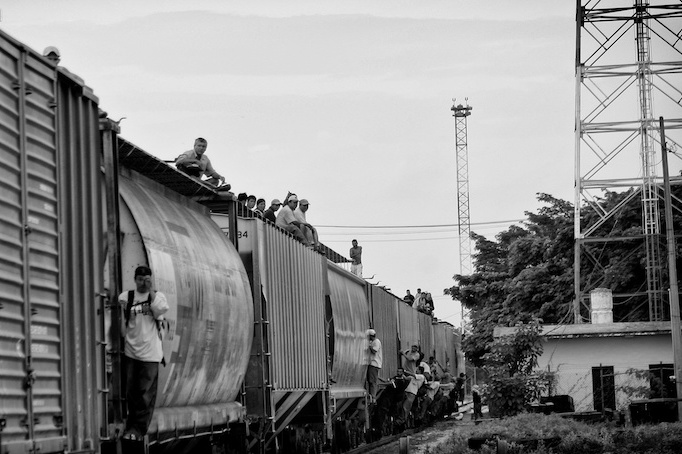 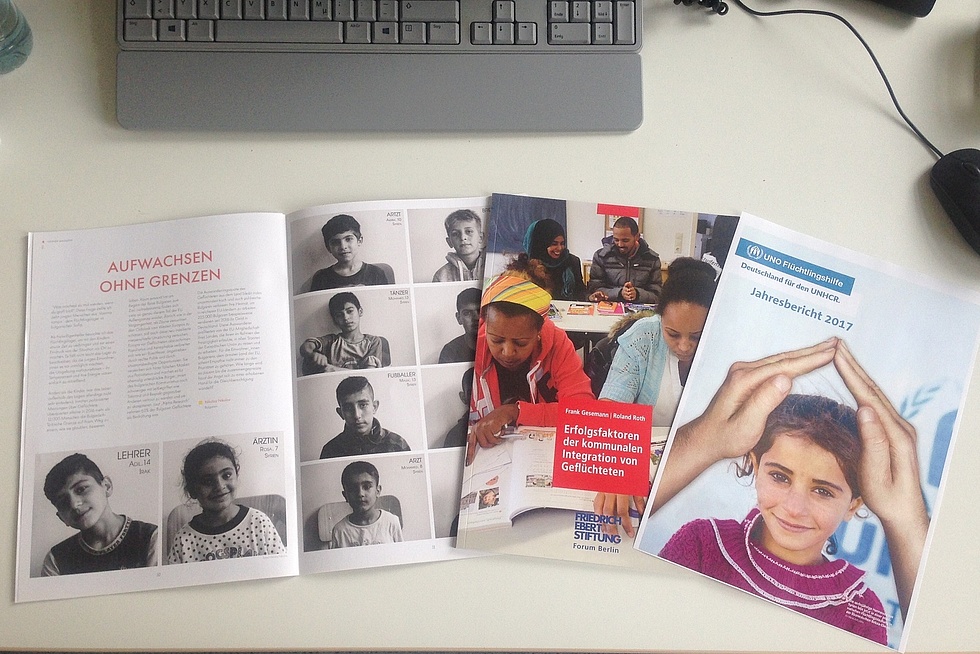 Syrian refugees in Lebanon often live in tent camps, with no official refugee status. NGOs, government and donors are advocating for education.