During the course of 2016, there were already reports of a steady stream of people fleeing Syria, South Sudan and Yemen. The Global Trends Report 2016 published by the United Nations High Commissioner for Refugees (UNHCR) provides comprehensive numbers. As of the end of 2016, there are 65.6 million forced migrants worldwide: 22.5 million refugees, 40.3 million internally displaced persons and 2.8 million asylum seekers. In addition, there are at least 10 million stateless persons, as well as many individuals who don't fit any of these legal categories, for instance those who have lost their homes due to climate and environmental change.

The number of refugees, internally displaced persons and asylum seekers rose by 45% between 2012 and 2016. In 2016, more than half of all refugees originated from three countries: Syria, Afghanistan and South Sudan.

Most Refugees Look for Protection in their Regions of Origin

While politicians and media in Germany and Europe frequently imply that all refugees are heading our way, the data clearly shows the opposite. The vast majority of refugees, namely 84%, are located in countries within the Global South. Most people flee their home countries to neighboring host countries, thus remaining in their conflict-ridden regions of origin. This global distribution becomes even more acute with regard to internally displaced persons, i.e those who have had to flee within their countries of origin. The number of internally displaced persons is nearly double that of refugees, and nearly all of them are situated in the Global South.

Many Refugees must remain in Exile for Years

These development are not in any way new, but rather linked to trends from previous years. 2015 saw a record-breaking number of displaced persons and refugees, which was again surpassed in 2016. However, there were only around 10.3 million newly displaced persons in 2016 – in 2015it was 12.4 million and 13.9 million in 2014. The current number indicates that refugee situations are lasting longer because sustainable solutions are lacking. At the end of 2016, 67% of all refugees, approximately 11.6 million people worldwide [i], were in protracted refugee situations [ii]. More than half of these people have been in these situations for over 10 years, and some even for over 30 years.

Three central challenges can be derived from these persisting trends:

Refugee Protection is a Shared Responsibility

International cooperation is crucial when it comes to the protection of refugees, a concept stressed already in the 1951 Geneva Convention. This applies both to the provision of protection and (financial) assistance, as well as the search for durable solutions. However, humanitarian organizations are annually confronted with insufficient funds. In 2016, humanitarian aid for Syrian refugees in their region was underfunded by 43% – and by 68% for South Sudanese refugees – which ultimately means that refugees have limited access to services like food, water, shelter, medical care and education. The UN only covers UNHCR's administrative costs, and as such all operative refugee protection measures are financed through ‘voluntary contributions’ from nations and other donor institutions. This results in money being distributed according to geopolitical interests, as well as the UNHCR having to beg for funds every year. In contrast, a long-term, non-targeted funding structure for the humanitarian system could improve the effectiveness of protection measures and lead to more efficient cooperation between involved parties.

The number of refugees is on the rise, and yet timely and sustainable solutions to their situation are seldom found. In 2016, only 552,200 refugees were able to return to their countries of origin, 189,300 to resettle and 23,000 to locally integrate. These numbers went up slightly compared to the previous year, but this still means a durable solution was only found for 4.4% of refugees worldwide.

This shockingly low number reflects the international community's solidarity crisis, both in regard to cooperation in refugee situations, as well as in tackling the causes of forced displacement. As long as states refuse to take in refugees, refugees can neither resettle nor locally integrate – furthermore, they cannot repatriate as long as violent conflicts in the countries of origin persist. The German federal government has put its focus on development cooperation in order to mitigate causes of flight. But its influence in crisis regions is very limited, and any developments that do occur are almost immediately undone by war.

Living Conditions of Refugees in Host Countries are often Problematic

Refugees – families, women, men and children – are the ones who pay the price for the international solidarity crisis. In addition to insufficient protection measures, they often have to spend years, if not decades, in exile with uncertain futures. Living conditions in refugee camps, for instance, are precarious in many ways: people are exposed to legal and structural restrictions, such as a lack of employment opportunities, as well as various insecurities including sexualized and gender-based violence. If humanitarian aid remains underfunded, these dangers and restrictions will only intensify.

Development aid could also contribute substantially to humanitarian refugee protection, if it supports development-oriented refugee assistance. This could widen the scope of possibilities for people who have had to flee their homes, fundamentally improve their situation and, as a “Triple-Win-Situation”, create opportunities for refugees as well as northern donor states and southern host countries.

An in-depth discussion on the challenges of the Refugee Regime is presented by Ulrike Krause and Janna Wessels at FlüchtlingsforschungsBlog.

About the Author: Dr. Ulrike Krause is Research Fellow at the Zentrum für Konfliktforschung (Center for Conflict Research) of the Philipps-University Marburg. She is Co-editor of the Zeitschrift für Flüchtlingsforschung (Journal for Refugee Research), as well as a Board Member of the Netzwerk Flüchtlingsforschung (German Network of Refugee Researchers) and the Arbeitsgemeinschaft für Friedens- und Konfliktforschung (German Association for Peace and Conflict Studies).

[ii]Protracted refugee situations are defined by UNHCR as those in which at least 25.000 refugees of the same nationality are in exile in a specific country of asylum for five or more years (see Global Trends – Forced Migration by UNHCR p. 22). 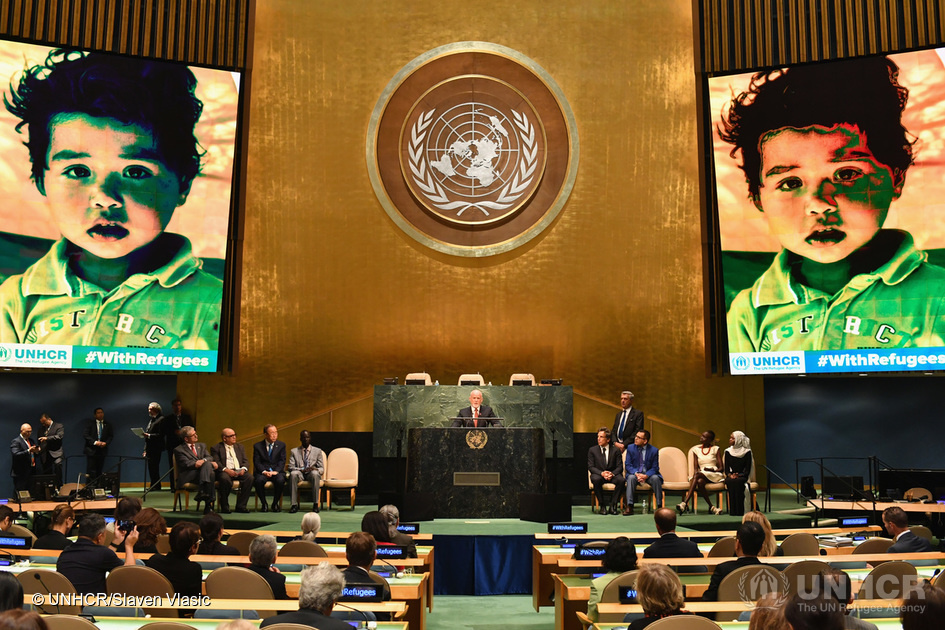 A Right to Life Prospects

Refugees are human beings - refugee work must take this into account. Ulrike Krause's study is now available in English.