FES: The German Federal Government has agreed upon the key features of an immigration act that is being called the skilled labor immigration act. What do you think of the planned regulations and measures?

Dr. Steffen Angenendt: I am happy that the government has agreed upon the key features. This is not a given, seeing that the topic of immigration is very controversial, even within the government. Personally, I would have liked to see a more radical and comprehensive reform. For instance, a point system oriented towards the job-market that would have made things even more transparent and easy is missing. Further, I do think it would have been important to lay down regulations for less qualified migrants – especially as we will soon be in need of these as well.

Apart from these, the suggestions in the key issues paper make sense overall and are well founded. The biggest challenge will be their practical implementation. For instance, successfully interlinking all the various institutions and authorities that deal with migration is a must. These would be, for instance, ministries, consulates, employment agencies, foreigner's offices, the Goethe Institute and many others.

However, whether the regulations are effective and sustainable will depend upon whether the interests of all involved parties will be sufficiently taken into account. Migrants will need transparent, fast and reliable recognition procedures for their knowledge and skills that are valid throughout Germany. States of origin expect that their citizens' rights will be respected, that they can send money home without exorbitant fees, and that they might one day return with the skills they acquired in Germany. And of course, we also want something, namely that those who want to work here apply their knowledge and skills in the best possible way and settle here permanently.

In addition, and in light of the heated political debates surrounding migration, I would want the government to accompany the skilled labor immigration act with open communication. It needs to point out how much we, as an aging society with a shrinking working population, will be dependent on immigrants. There are many sound and scientifically well-supported arguments for this, no need to make anything up. And I would also like to see the government actively promote their policy for the sake of social cohesion. This has been missing in the past, especially when it came to the admission of refugees in 2015 and 2016. It simply isn't enough to deliver good policies – as a politician, you must also fight for your policies in public and explain your reasoning behind them.

The key issues paper states that if businesses also offer training geared towards the German job market in certain countries, they will get extra support. Regarding this issue this, the government wants to adhere to the “principles for an ethically responsible recruitment of skilled laborers” and promote positive developments for local job markets. What exactly does this mean and how would you judge this endeavor?

This is my favorite idea, as it is an answer to the problem of brain drain, in particular in the care industry: In some cases, foreign businesses recruit so many skilled laborers from a country that the local population ends up being undersupplied. In order to combat this, the WHO has formulated a set of basic principles for a so-called “ethical recruiting” some years ago. And although they address an important issue, I find these principles problematic, as they are much too sweeping. It is always difficult to judge a country's specific situation and thus the question of whether a recruitment in this specific case is ethical or unethical. Also: Can a state make stipulations to citizens of another country that they may not emigrate, because this might damage their home country's wellbeing? Training partnerships like those outlined in the key issues paper could be a way out of this dilemma.

For example, we need to build nursing schools in partner countries that train to our standards of elder care, for both our needs and the needs of the partner country. If such a “double-track” training were to succeed, the problem of ethical recruiting and brain drain would be greatly reduced. I sincerely hope that such suggestions will be put in concrete terms and quickly implemented in practice.

A development-oriented migration policy mainly bears in mind what safe and regulated migration can do for development, for instance through money transfers, exchange of knowledge, or investments. It does not only derive from our needs and wishes, but also takes the country of origins' and migrants' interests into account, so that all involved can profit from migration. This is the prerequisite for effective and sustainable programs.

However, this inevitably requires the involvement of many actors in the development and implementation of the programs, both here and in the partner states. For us, some of these actors are the Ministry of Development and the Federal Foreign Office, but also immigrant associations and the private sector. Only if it is clear how the partner states' interests and the migrant's rights are protected can good and functional programs be developed. For this we need a whole-of-government-approach, both here and in the partner states, that systematically involves all the various departments, as well as the necessary administrative capacities. We have some promising approaches here in Germany, for example a strong diaspora, but there is still much to do.

It is crucial that when developing and implementing migration policies, international exchange is sought out and that experiences with other migration programs and the local reforms are discussed with other states and actors. There will of course be an opportunity to do this within the Global Compact on Migration, which is supposed to be passed this December in Marrakesh. In particular, the Global Forum on Migration and Development (GFMD) will be a venue for this, as it gives all participants a forum for the exchange of ideas and the discussion on good practices. The German government should make use of these opportunities for exchange and encourage this process further.

You have been studying the subject of migration for many years now and have worked in an advisory capacity for the Federal Government. In your opinion, how has the discussion about migration and development changed over time? Does the skilled labor immigration law reflect the spirit of the current times?

Dr. Angenendt: In the past decades, we've been going back and forth a lot regarding the debate on migration and development. Hope and skepticism have alternated several times, in academia as well. But by now, a positive viewpoint has prevailed in the research community, because the findings are unequivocally clear. And in fact, the political debate has changed as well – the research results have been noted, clearly.

In 2016 – which was of course a time of intense refugee movements – the United Nations member states emphasized in the New York Declaration that they view safe, regulated and legal migration as a key driver for development. As the former UN Special Representative Peter Sutherland once said,  it isn't about a choice between migration OR development, but rather about using migration's potential to engender development: This is what makes migration development. For this, however, migration needs to be regulated, migrants' rights need to be ensured and the governments of destination countries need to actively campaign for the acceptance of migration.

Many of these insights are reflected in the key issues paper for a skilled labor immigration law; insofar, it is up to date. The spirit of the times has definitely changed. The current rise of populist and xenophobic forces should not obscure the fact that our society has gone through a fundamental shift in the last decades: It is much more open to immigration and diversity than it was even two or three decades ago. At the same time, the national and international shaping of migration will remain a constant task.

Dr. Steffen Angenendt is the head of the Global Issues research division at the Stiftung Wissenschaft und Politik (SWP) (Foundation for Research and Politics). His focus is on the subject areas migration, development and demographics. 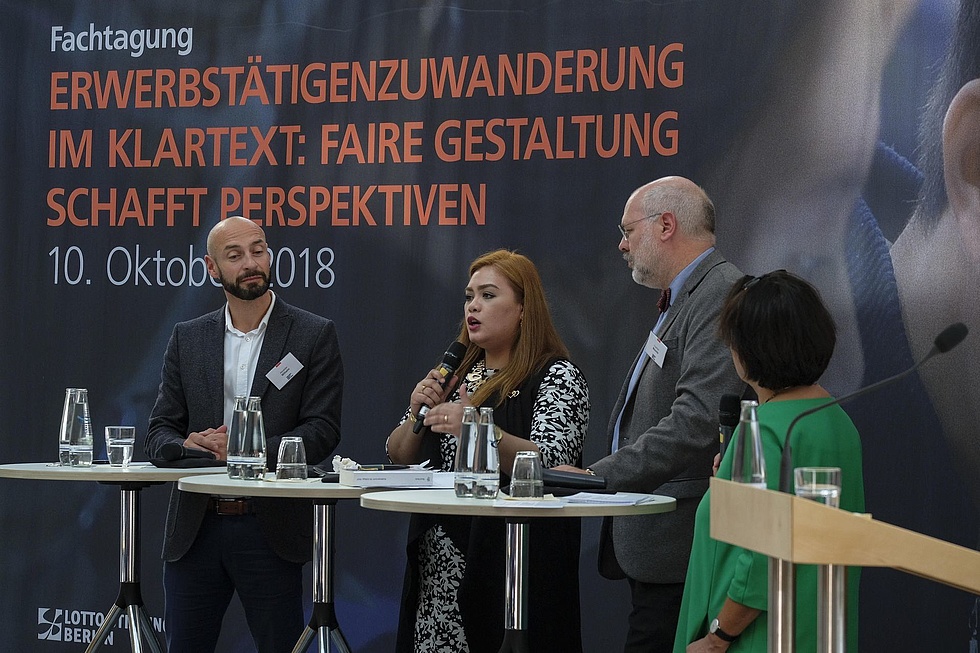 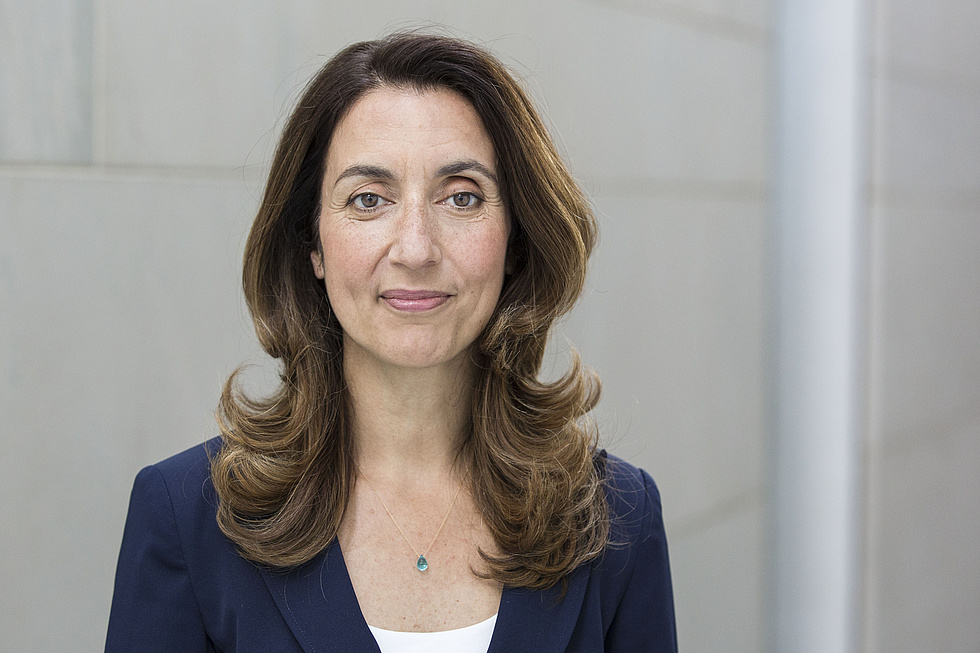 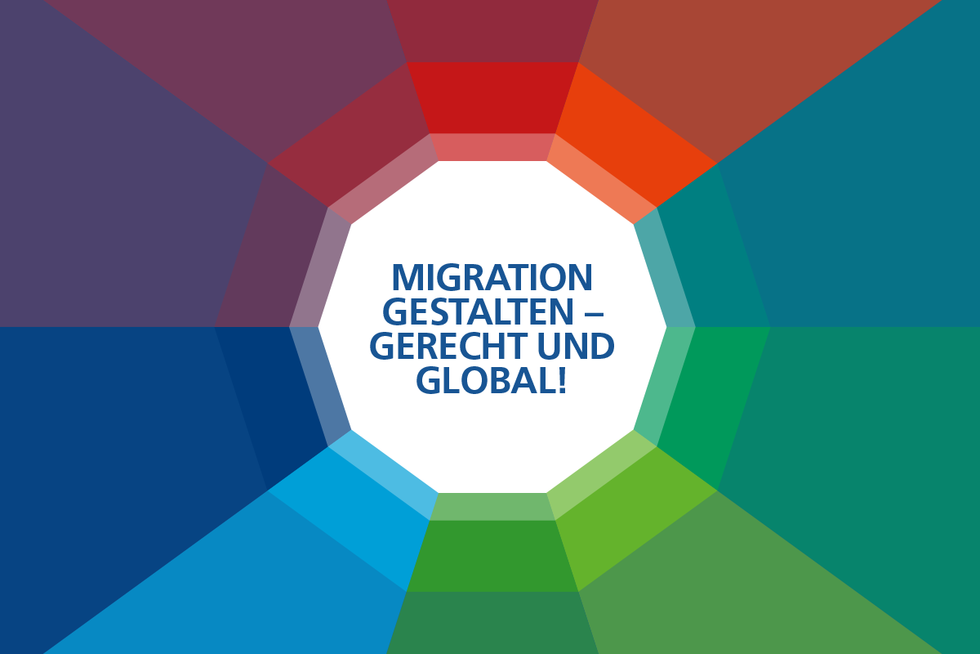