Who gets to become German when and how? And is it possible to have two citizenships? A report by the FES shows the state of affairs and offers recommendations.

For more than 80 years, “German blood” was the eligibility criterion for German citizenship. Already established during the Imperial Period, the “Ius Sanguis”, literally meaning “law of blood” but commonly translated as principle of descent, decrees that whoever has German parents is German themselves. It was only in the year 2000 that the Socialist/Green coalition federal government introduced a new citizenship law. According to this birthplace principle (“Iius Solis” or “right of the soil”), a child born in Germany to foreign parents acquires both the parents' as well as the German nationality, as long as one parent has a secure resident status. If the child grows up in Germany or comes from an EU country or Switzerland it has double citizenship even after it's 21st birthday. It has also become easier since then to become a naturalized German citizen.

“If all people who are permanent residents in Germany became German citizens, social cohesion would be strengthened and further, integration would be served and the country would be stabilized.”

At the time, this reform was a fiercely contested item between government and opposition parties. To this day, the questions surrounding naturalization and double citizenship remain sensitive and are subject to political debate – as in the current federal electoral campaign. Now, the Friedrich-Ebert-Stiftung is presenting a new report on "Einbürgerung im Einwanderungsland Deutschland" (“Naturalization in the Immigration Country Germany” - only available in German) in order to analyze the state of affairs and suggest improvements. The Author Prof. Dr. Dietrich Thränhardt points out that since 2005, 10 percent of Germany's permanent residents are not German citizens – currently, this is more than 10 million people. “It is in the interest of German democracy that the population and the citizenry correspond to the most part. If all people who are permanent residents in Germany became German citizens, social cohesion would be strengthened and further, integration would be served and the country would be stabilized”, according to Thränhardt.

However, the rate of naturalization is low in proportion to the number of foreign residents who fulfill all its prerequisites. In 2016, it was only 110,000 people or 2.2 percent of those who had been in Germany for at least eight years (source: Federal Statistical Office). In international comparison, Germany's rank is in the lower middle range of Westerns states. Further, it is conspicuous that even though the naturalization laws apply to the whole country, in practise their implementation differs greatly between states and communes. See the FES study “Integration ist (auch) Ländersache” (“Integration is a matter of federal states as well") for more information. According to Thränhardt, there are many reasons for this: “The low number of naturalizations is the result of a mix of contradictory legislation, unsuitable administrative procedures, insufficient or wrong information for both the persons concerned and government officials.”

In regard to double citizenship, there is a “barely comprehensible asymmetry”, according to an interview with Federal Constitutional Judge Prof. Dr. Christine Langenfeld in the Süddeutsche Zeitung from April 2014. One the one hand, there are more and more people in Germany whose double citizenship is accepted, such as EU citizens and repatriates from Eastern Europe. One the other hand, calls for avoiding it as a general principle are getting louder. This is primarily directed against immigrants from less privileged regions. It is not known how many double citizens are in Germany at this point. Estimates vary between two and over four million people. There are few concrete problems with double citizenships. Mostly, issues surrounding it are brought up in connection with immigrants from Turkey. But according to Dietrich Thränhardt “problems in Germany do not arise because of multiple citizenships, but from the acceptance of Turkish citizenship in Germany”, in particular regarding the practice of religion (Ditib), military draft and language classes.

Suggestions for Naturalization in the Immigration Country Germany

1. Authorities must have adequate resources to process naturalization applications in a timely manner.

2. The restrictive practice in connection with Turkish citizens who are eligible for naturalization must be changed.

3. German statehood on German territory must be enforced in accordance with the legal triad national population, state territory, and state power.

4. Better integration and acknowledgement of migrants and their descendants. From experience, this would lead to a decrease of multiple citizenship after one or two generations.

But to what end, Mr. Thränhardt? “Nationality is the connection between citizen and state. It is in Germany's interest and in the interest of the people in Germany that this connection is strengthened and encompasses the entire population.” 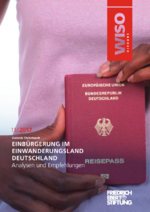 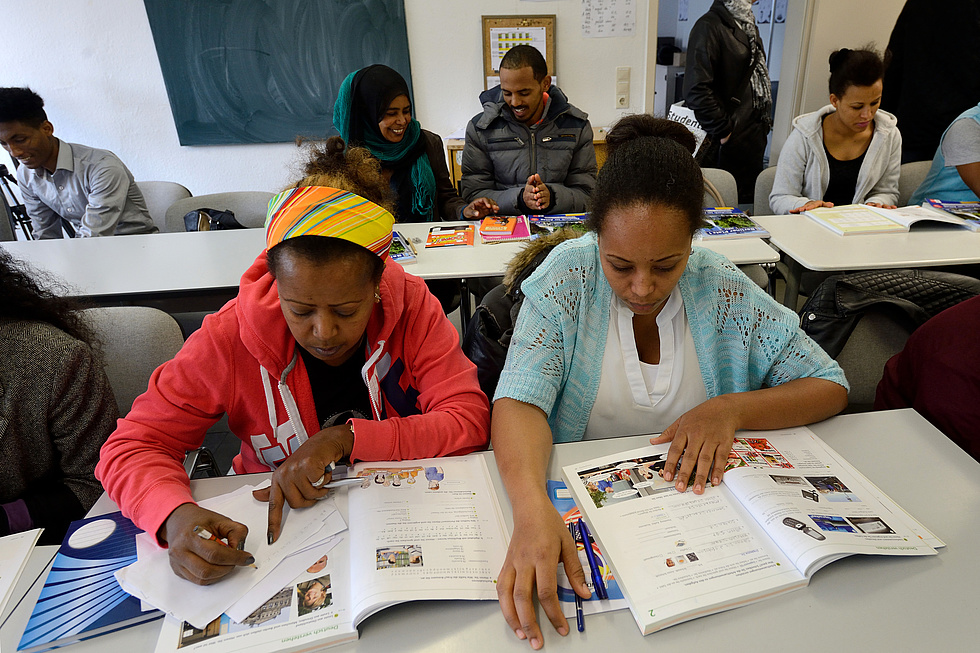 Adding Integration to the Basic Law

We talked to Johannes Eichenhofer who argues in a FES report that integration should be a national policy objective.