The world community has set itself an ambitious transformative agenda to reach the Sustainable Development Goals (SDGs). To meet these demanding goals by 2030, vast resources will have to be mobilized. But development aid - which still plays an important role in development efforts - remains far from reaching the targeted 0.7% of GNI, reminds us Dr. Debapriya Bhattacharya.

Private sector cannot do the job

Since mobilization of more public resources for development proves difficult, there are hopes that the private sector will do the job. At global level, there is a long-term trend of increasing liquidity, confirms Dirk Willem te Velde. Sources for financing investments are insurance and private pension funds that seek higher returns – but someone has to pay for it. It corresponds with the panel’s general observation that “a lot of money is flowing to developing countries, but for the wrong reasons”. The lack of transparency and inclusiveness of these flows further undermines development effectiveness.

All experts who participated in the panel on “Assessing the effectiveness of external financial flows for meeting the 2030 Agenda goals” at the Global Solutions Summit agreed that there certainly are sufficient financial resources worldwide. The problem is that resources are controlled by a few. Multinational corporations are powerful players in local economies. In developing countries they continue to mine natural resources and they dominate the food sector, but they usually sidestep tax obligations. More effective corporate taxation could generate vast resources for development efforts.

According to Irene Ovonji-Odida who was appointed member of the UN high level panel on Illicit Financial Flows in Africa, the continent experiences a capital drain of 60 billion USD annually – a number that is twice as much as the GDP of the state of Uganda. This loss is mirrored in finance gaps for developing the education system or health care. The biggest cause of capital drain is not corruption or money laundering but tax evasion and other commercial malpractices.

Reform of the international tax system

To end the capital drain, a reform of the international tax system is vital. The current international tax system makes it easy for multinational companies to shift profits to low tax jurisdictions, and to avoid paying their fair share of tax. “While this is not only an issue in developing economies, it has special importance for them, because they depend on making every penny count in order to reach development goals” says Mr. Wayne Swan, former finance minister of Australia. Both, Mr. Swan and Ms. Ovonji-Odida are members of the Independent Commission for the Reform of International Corporate Taxation (ICRICT) that was established in 2015. ICRICT is advocating for a fundamental reform of the international tax system that replaces the current transfer price system through unitary taxation of multinationals.

An overhaul of today’s global tax system can raise more money for development efforts. But past has shown that even if capital is available, development impact is not self-evident. The education system is a good example: while many new schools have been constructed, for example to reach the Millennium Development Goals, not enough attention was paid to the quality of education, according to Margarita Beneke des Sanfeliú.

How are the SDGs achievable?

If the world community still wants to achieve the SDGs, two things are crucial: first, there is an urgent need for efficient global multilateral institutions such as an intergovernmental UN tax body for legitimate oversight. Secondly, we need to adjust the assessment of new external flows in terms of their effectiveness. Above all, we need more transparency to reach a shared understanding of the principles and outcomes of development efforts.

On March 18th Southern Voice and Friedrich Ebert Stiftung hosted an expert panel on “Assessing the effectiveness of external financial flows for meeting the 2030 Agenda goals” at the Global Solutions Summit in Berlin. Participants were:

The panel was moderated by Imogen Foulkes, BBC Geneva 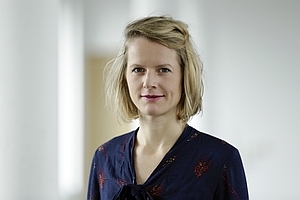