Edited volume on European policy and its relationship with migration and flight now available in English and Spanish.

To date, policymakers have tried to »tackle« the causes of flight in crisis regions locally. However, if Europe wishes to do justice to its global responsibility it has to understand the complex relations between European policy and migration or flight. That constitutes the fundamental precondition of measures that would really be able to help prevent the destruction of people’s bases of existence. Precisely this is the point of departure of a new FES publication, in which the topic is examined from a number of perspectives, and which is now also available in English and Spanish.

To date, politicians have responded to the increasing number of people fleeing or migrating with various short-term measures. For example, states consolidate their development-policy commitments in the destination regions, break up smuggler networks or cooperate on border management in the area of security policy. Many of these measures are thus aimed not at the causes of flight in the countries of origin, but rather at stemming the flight and migratory movements to Europe.

Instead, »combating the causes of flight« should start with the question of why people leave their homeland in the first place. In fact, the narrow concept of the political refugee captures little of the reality of people fleeing from their country of origin. For many, the decision to leave their home is a necessary adaptation to deteriorating living conditions and has deep-lying political, environmental and economic causes. Many factors are making life in many parts of the world increasingly unbearable, even impossible. People are fleeing conflicts and wars, and the longer the violence lasts the longer they are simply forced into an often precarious existence as »refugees«. Natural catastrophes, such as droughts, are endangering more and more livelihoods and fuelling conflicts over scarce resources. Discrimination ranging up to out and out persecution often leaves people with no choice but to flee. Poverty, inequality and lack of prospects, particularly among young people, are rife in many societies.

In an increasingly globalised world European policy sometimes has considerable effects on the life conditions of people not only within, but also outside Europe. These complex relationships between European policies and migration or flight need to be revealed and understood. Only in this way can political alternatives be worked out that really help to prevent the destruction of the bases of people’s lives.

The present volume enhances this understanding and offers proposals for a responsible policy on »combating the causes of flight«. This volume collects contributions from authors from various fields that identify the causes of flight »made in Europe« in seven selected policy areas, including European foreign and security policy, European arms exports to crisis regions, energy and climate change policies,  tax policy, human rights violations and displacements of populations perpetrated by European companies, European agricultural and fishing policies and EU trade policy.

The contributions offer a range of perspectives on one and the same phenomenon, namely people fleeing or migrating. Above all they show that Europe not only has a humanitarian responsibility to the people seeking protection here, but also to those whose bases of existence are under threat from European policy. European countries must face up to this responsibility.

Publication in English: Causes of flight "Made in Europe": On European policy and its relationship with migration and fligth / Felix Braunsdorf (ed.). - Berlin : Friedrich-Ebert-Stiftung, Global Policy and Development, July 2017. - 39 pages = 500 KB, PDF-File.

Betrayed and Sold? Turkish and Greek Perspectives on the EU-Turkey Deal

One year after the Refugee Deal, Turkey and Greece feel abandoned. FES employees report from the ground.

Movement, a freedom lost in a shrunken world

Interview with documentary filmmaker Zafari on his work with FES, his latest movie on migration and the debates and experiences by Afghan youth

The Route was Never the Destination

“We have become migrants....but one day we will arrive.” Short film about a Cuban family that had to flee their country. 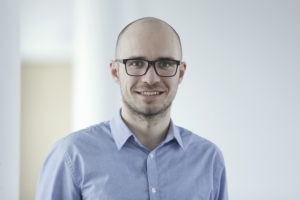 Our Six Messages for the International Climate and Energy Policy more