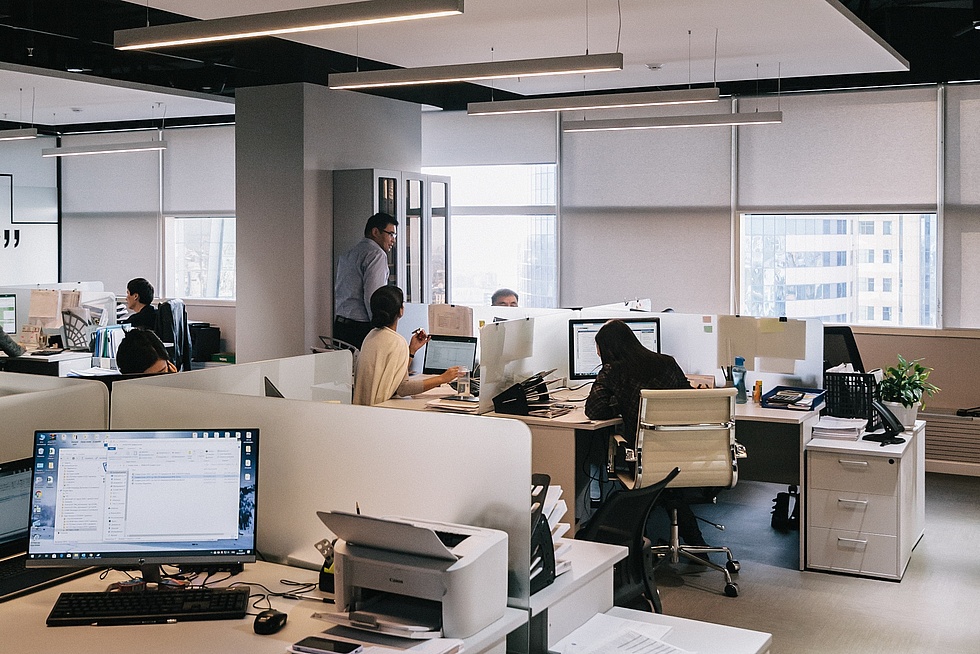 Canada’s diversity is well established, and the country is often touted as a model for social inclusion and pluralism, as opposed to integration and assimilation. Demographically, a fifth of Canadians were born outside of Canada, its residents speak up to 200 languages, immigration accounts for two thirds of the country’s population growth, and by 2031, close to one in three Canadians will be members of a visible minority. With such a diverse population, the federal public service needs to be fully representative, with a range of voices contributing to the decisions made on behalf of all Canadians.

The historical roots and debate around diversity in Canada led to equity legislation, policies, and initiatives that have improved the overall diversity of Canada’s public service. Measuring and tracking progress through reports and evaluation processes has been a key step in this process. However, improving and understanding feelings of inclusion is more complex. Inclusion is about moving away from simply having a diverse workforce, but recognizing, valuing, respecting, and leveraging the differences among employees. Diversity is only valuable once the knowledge, culture, and systems are in place to allow a diverse group of people to fully contribute and thrive.

While there is certainly room to improve, Canada holds lessons for other increasingly diverse countries looking to improve representation, equitable outcomes, and social cohesion. By better understanding the historical roots and debate around diversity in Canada, the ways in which diversity and inclusion is reflected and conceptualized in the public service, and the tools used to track progress, others can draw relevant lessons.

The conversation around diversity in both the public service and the private sector in Canada was prefaced by social protests and progress made in the 1970s and 1980s, specifically around women’s rights, as well as the protection of minority rights enshrined in Canada’s Charter of Rights and Freedoms, official bilingualism and multiculturalism policies, improvements in the openness of immigration policies, and increased attention to the rights of Indigenous Peoples.

Canada has an evolving legislative and policy framework that fosters diversity in the public service. An important moment was the introduction of employment equity legislation in the 1980s, through the Abella Commission, chaired by Justice Rosalie Abella. While the term “affirmative action” was used in the United States, the concept of “equity” was purposefully chosen in Canada. This was largely due to negative public sentiments around affirmative action and its association with “quotas.” The 1986 Employment Equity Act required federal jurisdiction employers to take proactive approaches to increase representation among four designated groups, so that “no person shall be denied employment opportunities or benefits for reasons unrelated to ability.” The concept of equity was reflected in the emphasis on correcting “the conditions of disadvantage in employment experienced by women, aboriginal peoples, persons with disabilities and members of visible minorities by giving effect to the principle that employment equity means more than treating persons in the same way but also requires special measures and the accommodation of differences.”

Complementary legislation set the stage for diversity in the public service, including the Official Languages Act, the Canadian Human Rights Act, and the Canadian Multiculturalism Act.

How diversity and inclusion are reflected within the public service

A report by the Joint Union/Management Task Force on Diversity and Inclusion found that over the last 20 years, the core public administration of the Canadian government has made significant progress regarding employment equity representation. As of 2016, all four designated groups - women (55%), visible minorities (16%), Indigenous Peoples (5%), and persons with disabilities (6%) - are represented at higher rates than their availability in the Canadian labour market. Designated groups are considered “fully represented” when the two numbers are equal.

While there have been improvements in the representation of women, visible minorities, and Indigenous Peoples, persons with disabilities are still underrepresented, and representation among the executive positions of the public service often lags behind, specifically among Indigenous Peoples. This reflects the same issue found in the private sector, where diverse representation among total employees may improve, but not among the executive level. For instance from 1993-2016, the proportion of visible minority employees increased by 279%, but by 84% among executives. The representation of Indigenous Peoples increased by 157%, but by 23% among executives. Another caveat to point out, is that workforce availability figures used as a comparison are estimates and have gaps — as they lack specific data on LGBTQ representation, do not include people who are not citizens, and rely on census periods. To address this imbalance, important recommendations have been made by groups like the Standing Senate Committee on Human Rights to improve the data collected, consistently report on representation in executive levels, and provide training, career development, and advancement programs to help all employees reach their full potential. The rate at which particular populations are leaving the public service is an important measure of inclusion to monitor.

Part of the mandate of the Joint Union/Management Task Force on Diversity and Inclusion was to define diversity and inclusion in the public service. They recommend taking the following into account in terms of a diverse workforce: “ethnicity, age, gender identity, sexual orientation, neurodiversity, different abilities, and other differences affecting and enriching our work, including: values, communication styles, ways of thinking, interests and passions, upbringing, approaches to work, job group and level, and education.” An inclusive workplace is defined as “fair, equitable, supportive, welcoming and respectful. It recognizes, values and leverages differences in identities, abilities, backgrounds, cultures, skills, experiences and perspectives that support and reinforce Canada’s evolving human rights framework.”

Improving diversity and inclusion in the public service

A first step toward improving diversity and representation in the public sector is to measure it. Transparent public reporting on demographic representation in Canada is captured in the Annual Employment Equity Reports presented to Parliament by the Treasury Board and the Privy Office Clerk’s Annual Report to the Prime Minister on the Public Service of Canada. However, demographic data and quantitative measurement does not necessarily translate into experiences or feelings of inclusion.

The Public Service Annual Employee Survey is an important qualitative tool that gets a sense of federal government employees’ opinions and experiences with engagement, leadership, workforce, workplace, workplace well-being, and compensation. The 2018 survey, for instance, found that 78% of public service employees think their “department or agency respects individual differences (e.g., culture, work styles, ideas).” However, it also found that more than a fifth of employees reported harassment in the past two years. Greater transparent tracking and accountability around the types of discrimination complaints and actions taken in response is needed.

The Office of the Chief Human Resources Officer was established in 2009, and is responsible for implementing a broad framework, while deputy heads are responsible for implementing equity and diversity in their own departments. Departments and agencies have started to offer ombuds services to employees, and there are now designated Employment Equity Champions Committees, which shifted to involve management level staff rather than employee-focused councils that existed previously. One public service survey respondent recommended increased opportunities for these champions to “attend training, [and] disseminate information appropriately.”

The Public Service Commission of Canada is an independent government agency that “safeguards merit-based hiring, non-partisanship, representativeness of Canada’s diversity, and the use of both official languages in the Canadian public service.” The Canada School of Public Service offers access to ongoing education for federal employees, and aims to ensure that diversity and inclusion training is co-created and up to date. For instance, the school recently established an Advisory Circle composed of Indigenous government and non-government representatives who play a strategic role in the School’s Indigenous Learning Series.

In 2017, the Anonymized Recruitment Pilot Project was launched by the Public Service Commission and the Treasury Board to better understand existing biases in public service hiring processes. While there were methodological issues with the study, there may be relevant lessons for other governments interested in running similar programs to better understand and mitigate the biases in their hiring processes.

In 2015, the government implemented the first gender-balanced cabinet in Canada’s history. The cabinet also achieved higher representation of visible minorities than their proportion in the population and stronger representation of Indigenous Peoples.

There is still room for improvement

Canada’s strengths lie in its multifactorial approach, the institutionalization of employment equity practices, and proactive initiatives to assess both diversity and experiences of inclusion in the public service. The government extends these efforts by applying an intersectional lens to its policy and budgetary decisions as well, through a “gender-based analysis plus” (GBA+) approach. This approach considers the interconnected nature of identities (ex. race, class, and gender), which can often create multiple and overlapping systems of discrimination or disadvantage.

In 2019, diversity in the public service can’t be discussed without mention of Quebec’s Bill 21, which bans certain public servants, including teachers and police, from wearing religious symbols, such as hijabs, kippahs, and turbans. This has been a controversial bill — it faces legal challenges by Quebec’s largest English school board, as well as by the Canadian Civil Liberties Association and the Council of Canadian Muslims. Critics of the bill say it is discriminatory and has harmful impacts on social cohesion and inclusion. The Canadian Coalition of Municipalities Against Racism and Discrimination have called for a nationwide campaign against the bill, which has been endorsed by both Calgary and Toronto City Councils.

Canada’s public service still has room for improvement, especially among Black Canadians, people with disabilities and accessibility issues, and LGBTQ+ Canadians. While Canada’s efforts to measure and proactively address diversity in the public sector can act as an example to other nations working to embrace diversity and inclusion, there is still work to do to ensure that these policy, regulatory, and reporting initiatives result in lived experiences of inclusion.

Cadhla Gray works with the Institute for Canadian Citizenship on research, engagement, and advocacy initiatives around civic participation, diversity and inclusion, immigration, and disinformation. Cadhla’s previous work focused on including diverse citizens’ voices in public policy-making, and on strategic planning around climate change and disaster resilience with the International Organization for Migration. She has a master’s degree in global affairs and environmental studies. 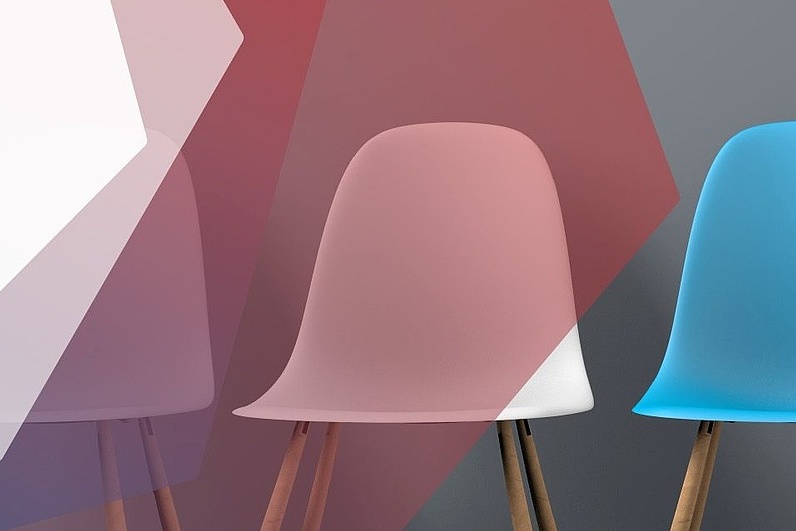 For Diversity in Public Administration: The time to act is now! 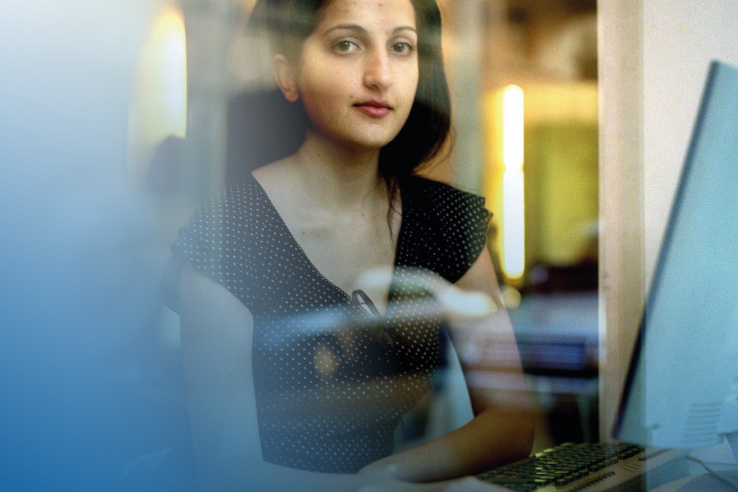