Immigration essentially is a positive force for a country's economy and culture, if we give immigrants the opportunity to feel safe and to thrive, says Luisa Feline Freier of the Universidad del Pacífico in Lima, Peru

Migration is an opportunity for development. But the question is how to access this opportunity and how public policies on migration contribute to sustainable development. This is the main topic of the recent volume of the International Development Policy Series with the title "Governing Migration for Development from the Global Souths". It regards the types of migration policies that have been implemented in the Global Souths and allows readers to learn from the immigration policy approaches. The title is well chosen. By referring to the Global Souths in plural rather than singular, the differences between the countries that fall under this term are recognised.

The nexus between migration and sustainable development is examined in thirteen case studies of different regions and governance. It is usually perceived as a rather negative approach. The authors want to challenge this perspective by looking into the contribution of migration for the receiving and the sending countries. Considering that development policies must be adequate to what is on the ground, the underlying thesis is that whether the effects of immigration are predominantly positive or negative depends on the policies in place.

We spoke with Luisa Feline Freier, professor of Political Science at the Universidad del Pacífico (Lima, Peru) about her chapter on Venezuelan immigration in Peru and Argentina. Both countries received Venezuelans with similar socioeconomic characteristics, but they approached the immigration very differently. Once one of the most flourishing countries of the region, today thousands of citizens flee Venezuela every month because the state fails to provide for fundamental human rights. The country has been in a deep economic crisis for more than five years and is now considered one of the most unsafe countries worldwide with high violence and deficient state systems.

In your chapter, you compare policy responses to Venezuelan immigration in Argentina and Peru from 2015-2020 and mention the importance of state capacity and civil society. What are the main policy differences between the two countries?

The main difference is that Argentina has treated Venezuelan immigrants as agents of development, whereas recent Peruvian governments have treated immigration mainly as a national security issue. This is partly because Argentina has a long history of receiving immigrants, more positive public opinion regarding immigration, and more state capacity than Peru. Here, it is important to note, of course, that there are far fewer Venezuelan immigrants in Argentina, so there is less pressure on public services. At the same time, civil society has historically been strong and actively defending migrants’ rights in Argentina, whereas the voice of civil society in Peru is relatively limited and most organizations had no experience working with migrants and refugees.

Since 2012, Argentina has been giving Venezuelans a two year temporary residence permit and since 2019, Venezuelans are allowed to enter the country with expired passports or identity cards. In contrast, Peru had relatively open policies between 2017 and 2018. Since then, however, the executive has established more and more restrictions on the entry of Venezuelans, for example through the introduction of a so-called "humanitarian" visa; this visa is no humanitarian policy because it is a de facto socio-economic filter discriminating against the majority of Venezuelans who cannot access passports and legalized documents. Apart from lacking state capacity, public opinion on Venezuelan immigration has worsened in Peru.

How have the different policies and their implementation affected the situation and rights of the migrants in their respective countries of destination?

By 2020, just 54% of the Venezuelan population who legally entered Peru had legal status. This has significant consequences for their living conditions and rights. Migrants without legal status cannot work in the formal market and have minimal access to public services. For example, with some exceptions like pregnant women or children under five, only immigrants with legal status have access to public health insurance. Moreover, not having regular status makes it more difficult for migrants to rent a home. In Argentina, the situation is different. Access to social services and a straightforward process for validating professional degrees makes their socio-economic integration easier.

However, there is one aspect in which both the responses of Peru and Argentina are inadequate. Neither of these countries recognizes Venezuelans as refugees, although both countries have incorporated the expanded refugee definition of the Cartagena Declaration in their legislation, which also includes persons fleeing war and civil unrest and consequently applies to Venezuelans. Thus, Venezuelans are not generally protected as refugees; and refugee status is only granted under exceptional circumstances.

You write that existing xenophobic views in Peru increased in tandem with Venezuelan immigration and that civil society organizations were unsuccessful in changing the narrative. Negative narratives on migration are persistent in many parts of the world. What is needed to address this issue more successfully?

Regarding this issue, is important to emphasize that xenophobia in Peru has been actively fuelled by the executive. Even though Venezuelans commit a small percentage of crimes, Peruvian authorities have given the impression that they need to limit immigration to fight crime.

What is needed is a joint effort between the public administration and civil society to fight xenophobia. The press also plays an important role in that they should refrain from exaggerating the hostile acts of some migrants and should rather highlight their contribution to society. The government could disseminate available data so that myths such as the criminalization of migration are refuted in public. In Peru, this data is not public. For research on immigration and crime we conducted at the Universidad del Pacífico, we had to ask the Police for the criminal statistics. Here, public institutions and critical civil actors—such as academics—can be very fruitful.

You conclude that the remarkable integration of Venezuelan migrants in Argentina is a result of its long history as a country of immigration and its robust civil society. What parts of your findings could be transferred and positively inform migration policies in other countries that might have a different historical context?

First, we must understand that independent of a host country’s historical context, forced migration, such as the displacement of Venezuelans, is not something we can stop, even if we wanted to. What governments can do is offer legal pathways for immigrants in order to smoothen their socio-economic integration, and in order to keep control of flows in the sense of knowing who enters and resides in the country. For instance, Peru has tried to stop immigration, but —even though official numbers went down—it has effectively only served to encourage irregular migration.

To reduce the possibility of a public backlash to large immigration flows it is necessary to do everything possible to integrate immigrants and allow them to contribute to society. Immigration is not a "cost" to societies, it is a tremendous economic and social opportunity for host countries. Argentina is a good example of a receiving country in the Global South that has dealt pragmatically with significant immigrant flows in this sense.

IOM has recognized Argentina's degree validation policy as a "best practice, " establishing a straightforward process for the validation of professional degrees. Argentina has also granted Venezuelans legal status, which gives them access to the formal job market. This policy makes it easier for immigrants to integrate into the formal labour market, and it makes the host population obtain all the benefits of migration, likely improving public opinion on immigration. Such receiving policies make sense for all host countries, irrespective of historical and socio-political context.

Every policy in favour of protecting the rights of forcibly displaced people is a step forward in terms of sustainable development. The immigration flows experienced by Peru and Argentina are not made up by voluntary immigration. Venezuelans have left their country due to poverty, hunger, and continuous violations of human rights. Right now, the Venezuelan exodus is the second-largest international forced displacement, only after the refugee crisis caused by the war in Ukraine. So, Peru and Argentina's limited but important inclusive policies are central to sustainable development objectives regarding the fight against poverty, hunger, inequality, or the promotion of health and well-being. Here we should stress that Argentina does not only issue residence permits to irregular immigrants, but it also guarantees access to essential services for immigrants. The lesson to be learned is this: to contribute to sustainable development through immigration policies it is necessary to offer pathways to regular migration, socio-economic integration, and eventually full citizenship for immigrants and refugees.

What general lessons do you draw from your case study that are important for migration governance independently of the country of origin and destination?

We need to recognize that rising numbers of immigrants do not automatically cause xenophobia, but that this depends significantly on how governments and immigration authorities talk about and deal with immigration. We also need to understand that immigration is always an opportunity and that immigrants can be agents of development. Of course, assuring successful integration is not easy. When people from different cultures or regions suddenly come to live together, it is normal for some conflicts to arise. not possible to stop immigration. Therefore, it is a necessity to integrate migrants and refugees as swiftly as possible. In fact, from a human rights perspective and also from a pragmatic public policy approach, the best option is to offer legal pathways and promote integration. The case of Argentina shows that even when facing a sudden flow of forced displaced people, we can do better by having inclusive policies. The case of Peru shows how public institutions can fuel xenophobia and public conflicts. As said before, immigration essentially is a positive force for a country's economy and culture. But to achieve that potential, we need to give immigrants the opportunities to feel safe and to thrive.

Luisa Feline Freier is a Professor of Political Science at the Universidad del Pacífico (Lima, Peru) and IDRC Research Chair on Forced Displacement in Latin America and the Caribbean. Her research focuses on migration and refugee policies and laws in Latin America, south-south migration and the Venezuelan displacement crisis. She has provided advice to various international institutions and organizations such as Amnesty International, ICRC, IDB, IOM, UNHCR, the World Bank and the EU. 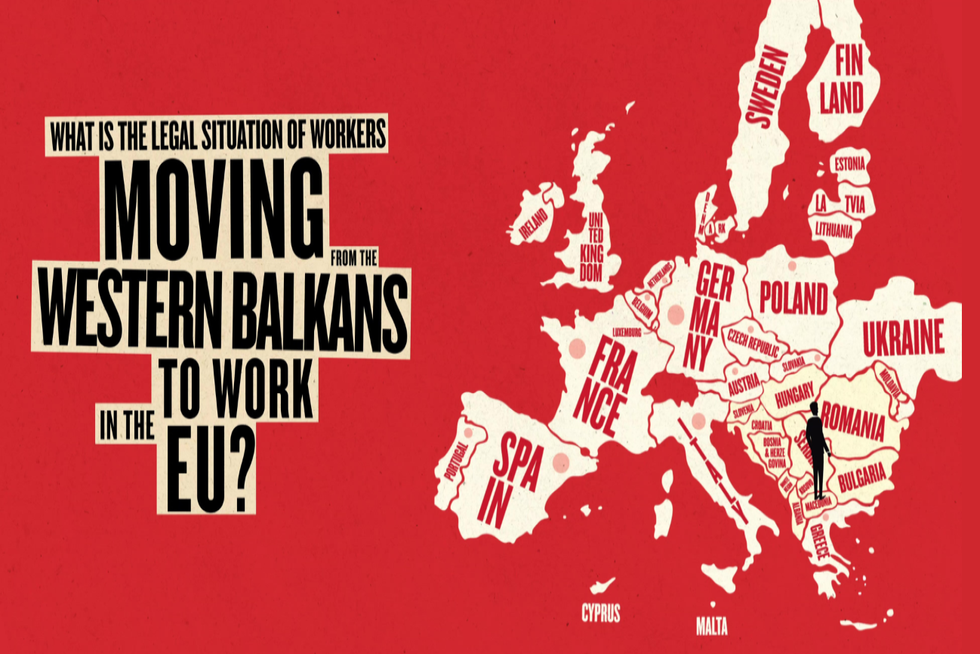 The EU must adopt a radically different approach towards labour migration

Despite the EU’s emphasis on free movement, workers from the Western Balkans continue to face serious obstacles when taking up work in the EU, says… 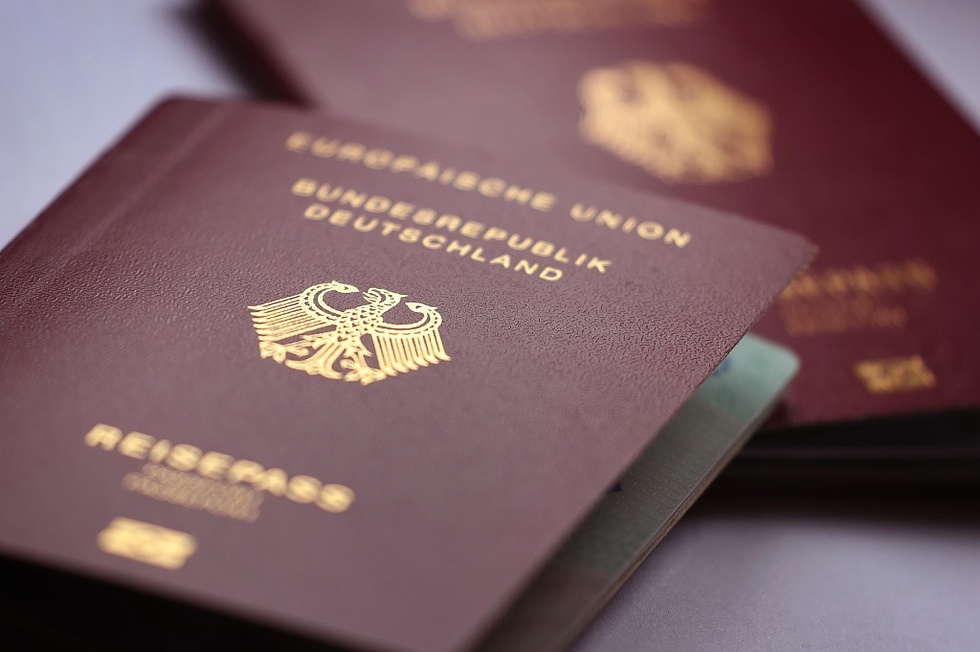