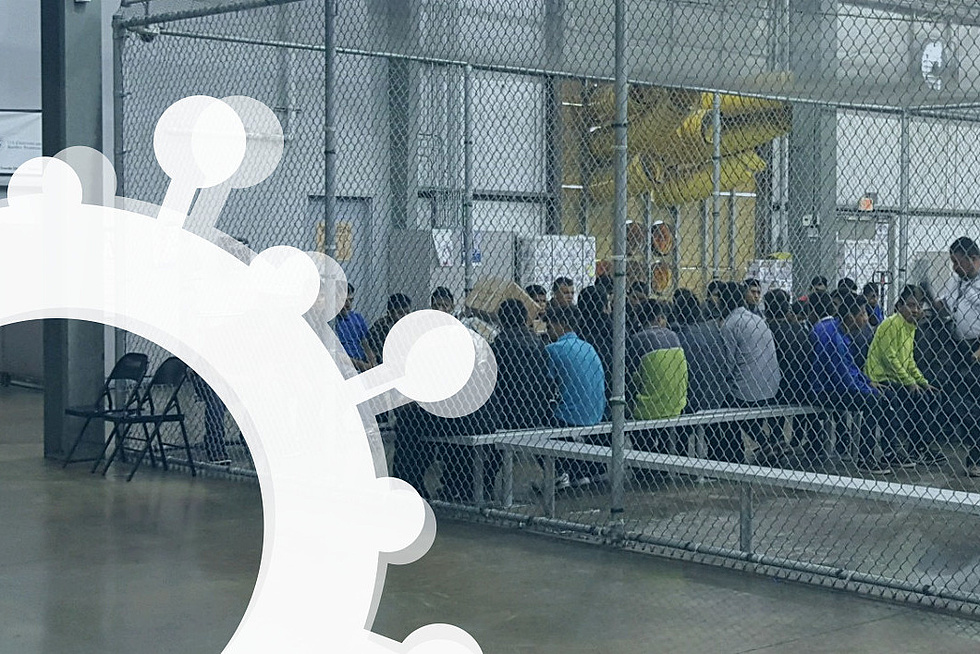 COVID-19 has resulted in measures to curb its spread in almost every country in the world. As many nations began implementing restrictions on the freedom of movement and right to assembly, it was the issue of migrant detention for which, paradoxically, the COVID-19 pandemic appeared to have created opportunities for positive reforms.

Migrant detention prior to the COVID-19 pandemic has been shown to be largely ineffective and costly. Advocates against it raised human rights issues and questioned the purpose of migrant detention. Countries that adopted the Global Compact for Safe, Orderly and Regular Migration at the end of 2018 committed themselves to “use immigration detention only as a measure of last resort and work towards alternatives.” This commitment is not a marginal one, yet it is also ambitious, since immigration detention remained common practice in many countries, even as the pandemic took hold of the world.

The COVID-19 outbreak disrupted the day-to-day functioning of many governments. At the same time, public institutions and confined facilities quickly emerged as high-risk settings for preventing the spread of the disease. This included prisons and detention centres. These facilities are often overcrowded, have poor hygiene standards, and have less access to resources such as sanitisers or personal protective equipment. As COVID-19 entered detention facilities in many countries, the impact was immediate, with disproportionately high infection rates and high death rates. The latter was partly due to the lack of access to health services, but this was exacerbated by the high rate of comorbidity factors amongst detainee populations.

Detainees, confined to exposure to the disease and isolated from the outside world due to restrictions of visitation and access to legal services, also began to show increasing signs of unrest or anxiety.

Immigration detention, which is the focus in this article, has additionally seen a strong interaction with the impact of COVID-19 outside of detention facilities: lockdowns and closures of economies have led to heightened policing mixed with greater pressure to access livelihoods in spite of added risks. In some countries, this dynamic has led to an increase in detentions, whether deliberate or circumstantial. As COVID-19 spreads in detention centres, deportations have also emerged as vectors, with countries such as the United States or South Africa deporting migrants who contracted the virus whilst in their care, often significantly increasing the number of cases in the countries of origin.

The above dynamics have shifted conversations about alternatives to migrant detention: questions of practicality or cost-effectiveness, but also of ethics, have been expanded by COVID-19 specific challenges to the justification for detention. “Does the violation of immigration policies justify exposure to a deadly disease?” clearly puts detention as a moral and rights issue and most international organisations advocating for the immediate release of detained migrants in the context of COVID-19 have used a mix of legal, humanitarian, and common-sense arguments to make a strong case against the needless exposure of irregular migrants to COVID-19, but more broadly to an environment of chronic violence, lack of resources and sub-standard living conditions.

Amongst the arguments for the release of detained migrants are some practical considerations: releasing detained migrants solves overcrowding issues, it protects not only those being detained but also staff at detention facilities, and it allows for stronger cooperation between governments and civil society to support those released, which is often difficult within detention facilities.

Legally speaking, an argument used in Spain has highlighted that current travel restrictions in the country prevent deportations, and that continued detention would be in contravention of Article 15 para. 4 of the European Union Return Directive (and a similar provision in Spanish national legislation), which states that “when it appears that a reasonable prospect of removal no longer exists…detention ceases to be justified and the person concerned shall be released immediately”. More specifically relating to the health issues in detention facilities, another legal argument can be found in Rule 24 of the United Nations Standard Minimum Rules for the Treatment of Prisoners (the so-called Mandela Rules), which states that “the provision of healthcare for prisoners is a Stateresponsibility. Prisoners should enjoy the same standard of healthcare that are available in the community and should have access to necessary healthcare services free of charge without discrimination on the ground of the legal status.”

The economic impact of COVID-19 has also further blurred the lines between valued, regularised migrant labour and migrants in an irregular situation. Against a backdrop of governments being unable, and in some cases unwilling, to provide administrative services relating to visas, permits, and status determination, the impact on employment and consequences of exclusion of migrants from relief packages in some countries makes a strong case for compassionate approaches. Compassionate approaches also help build trust between the migrants and the authorities, a trust which is often lacking, in particular in countries where detention is systematic.

Lastly, governments have also recognised the link between migrant detention and clandestine populations of irregular migrants. During times when it is critical to contact individuals and identify cases early to protect a population, policies that force any group to hide from public health efforts to prevent the spread of disease become counterproductive. Encouraging immigrants, whether regular or irregular, to receive medical treatment, while giving them a guarantee they will not be reported to the law enforcement authorities, an initiative taken inter alia in Ireland and South Korea, is a good practice worth replicating.

Responses to the Issue of Migrant Detention during the Pandemic

The Global Detention Project provides an extensive insight into the responses to COVID-19 in migration policies, especially immigration detention. Despite the above arguments, the picture that emerges from the evidence is not that of a radical shift in approaches to migrant detention. Most countries are reported as having been passive: there were no real policy initiatives to address the challenges faced by detained migrants. Amongst these are countries that saw reductions in immigration detention, but this change was often the result of the pandemic’s impact on government capacity, including law enforcement and immigration agencies. A relatively large number of countries, including these otherwise passive governments, have, however, automatically renewed immigration permits due to expire or have suspended administrative sanctions for people overstaying their visa.

Even though many countries decided against taking measures to alleviate overcrowding, almost no country implemented strong measures to protect detainees through providing access to resources or health services. In most countries, what was put in place was generally insufficient, improvised and not prioritized.

In contrast, proactive countries responded with deliberate and pragmatic approaches, limiting detentions and releasing detained migrants through special dispensations or policy and legislative changes. Many of these proactive countries combined amnesty for violating immigration rules with releasing people in immigration detention. These countries include, inter alia, Belgium, Indonesia, Iran, Italy, Japan, the Netherlands, Peru, Portugal, Spain, and the United Kingdom.

Spain has been the most remarkable example of such initiatives: virtually everyone has been released, with places of immigration detention now empty across the country. This process was the result of consultations between stakeholders, including NGOs and civil society, ensuring that released migrants were part of a holistic intervention, though a number of released migrants were not able to access proper accommodation or other services after their release.

The current pandemic is a state of emergency that will likely have long term impacts. However, as Richard Haass, President of the Council on Foreign Relations, put it: “not every pandemic is a turning point”, adding that “the world that will emerge from the COVID-19 crisis will be recognizable.” With regards to migrant detention, the emerging arguments and current state of responses to COVID-19 give reason to be cautiously optimistic about and fiercely committed to ending the detention of migrants. Immigration detention will probably follow known patterns, with some relatively small variations and possible minor breakthroughs. The latter will be golden opportunities for a renewed and strengthened engagement. In that sense, the lessons learned from countries which took initiatives to release migrants from detention during the pandemic may be a powerful compass for the years to come.

Currently, almost all government actions reducing or suspending migrant detention are grounded in arguments centred around COVID-19. This makes the pandemic both blessing and curse for advocacy on migrant detention. The extraordinary circumstances have shown what is possible and that relaxations in criminalising irregular migration are not necessarily detrimental, seen from the perspective of strict border control. At the same time, the emphasis on responding to an emergency already implies that these steps are temporary, and that any increases in migration flows or political shifts towards anti-immigrant attitudes can quickly reverse any progress in light of a deeply entrenched culture of strict immigration control, where detention is “constructed as a deterrence.”

Given this uncertainty of the long-term impact, advocates and activists must continue efforts, both in those countries that proactively released detained migrants and those that were passive or hostile on the issue. Several key recommendations emerge from the above argument that the COVID-19 response is a possible opportunity for change.

Stéphane Jaquemet has been the Director of Policy at the International Catholic Migration Commission since February 2018 and in such a capacity, he is the head of the Civil Society Coordinating Office for the Global Forum on Migration and Development and one of the tree co-conveners of the Civil Society Action Committee. Previously, he worked 25 years for the United Nations High Commissioner for Refugees (UNHCR), holding several senior positions, including Head of the Protection Capacity Section in Geneva, Representative in Lebanon, Nepal, Burkina Faso and Colombia, and Regional Representative for Southern Europe, based in Rome. Before UNHCR, he was legal adviser at the International Committee of the Red Cross and protection delegate in Gaza, Lebanon and Uganda. 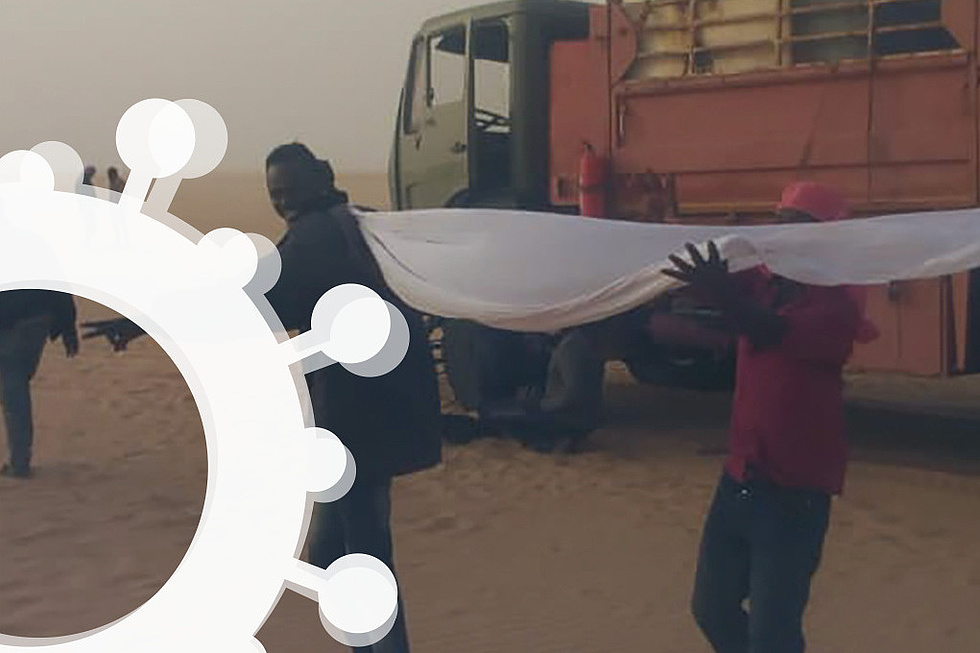 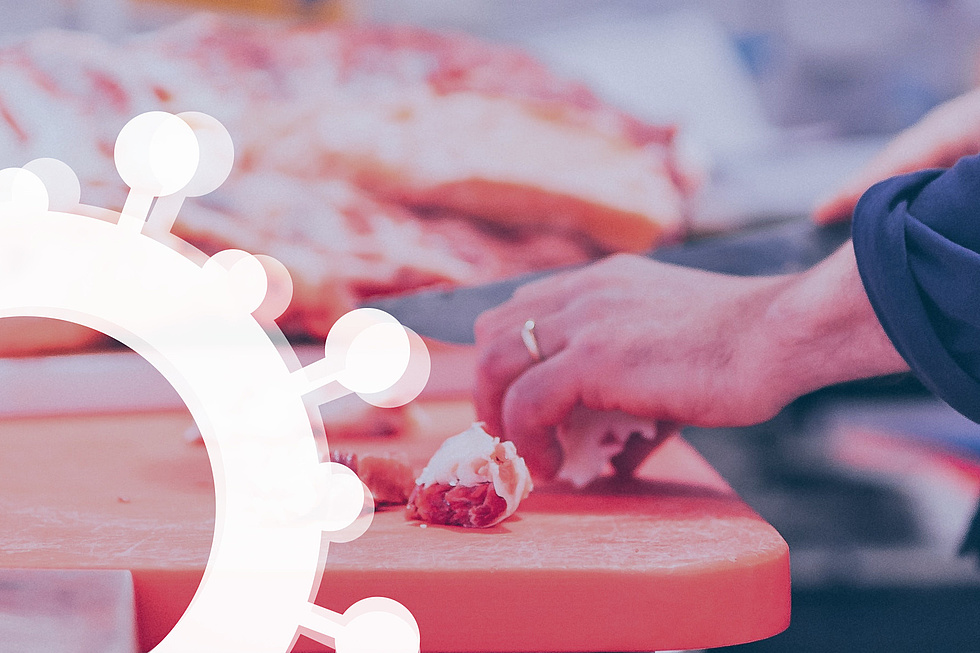