The Democratic Republic of the Congo gained state independence from Belgium on June 30th 1960. This historic moment was not only the zero hour of a new state, but also that of hope for a new nation. Since then, the country with a great diversity of cultures and ethnic groups as well as an incredible wealth of raw materials in the heart of Africa has gone through a history of secession attempts, military coups, one-party governments, wars, coups d'état as well as peace treaties, national conferences, unity governments and national political compromises en route for a nation state. Its immediate neighbours and the industrialised nations interested in the abundance of natural resources were always involved in this process.

The covetousness generated by access to the country's resources also largely determined how power was exercised internally. The former name of the country Zaire was for many synonymous with kleptocracy and the then President Mobuto Sese Seko even appealed in a speech to the country's politicians at the time that they should be moderate in their enrichment on public goods.

With President Félix Tshisekedi, the motto since 2019 has been "the people first". But it is obvious that after 60 years of abuse of power and resources based on regional and ethnic affiliations, change takes a long time and can only be implemented against considerable resistance. In addition, even under his presidency, majorities are not clear-cut and the rule of law can only be applied to a limited extent.

Under these circumstances, Friedrich-Ebert-Stiftung opened an office in the capital Kinshasa in 2020 and is gradually establishing project partnerships to strengthen social participation, self-determined local development and political participation and to support various forms of social dialogue. These include, for example, empowering the Council for Economic and Social Affairs at a national level and hosting citizens' forums on local development in constituencies across the country. A broad campaign is unfolding with trade unions to implement labour law and social standards with a focus on raw materials and supply chains in the mining sector, particularly cobalt. 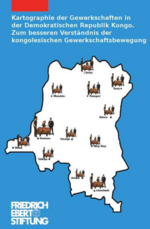 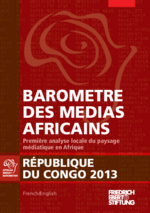 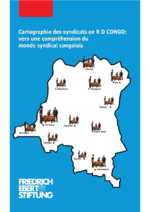 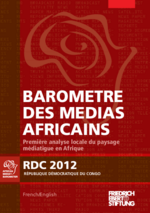 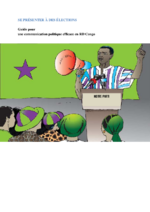