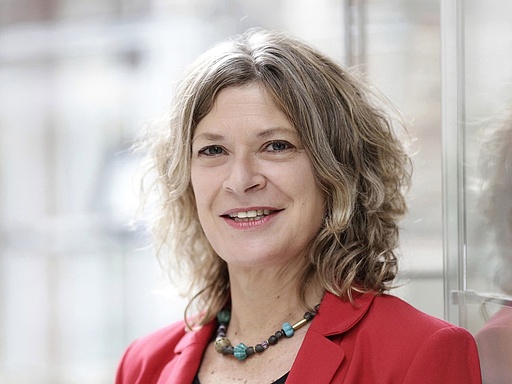 All speakers at a glance

Panel 1:
‘War must not be a means to achieve political ends’. War and prevention of war in the twenty-first century: an interim assessment.

Speaker: Kira Vinke, Head of the Center for Climate and Foreign Policy at the German Council on Foreign Relations (DGAP)

Panel 2:
‘Our Europe, born of the experience of suffering and failure, is the imperative mission of reason.’ Europe’s peace mission and the crisis prevention of the European Union.

Response: Barbara Kunz, Institute for Peace Research and Security Policy at the University of Hamburg (IFSH)

Panel 3:
‘Peace is something more than the absence of war’. Salvaging what has been achieved: disarmament and arms control as preventive peace policy.

Panel 4:
‘Peace, like freedom, is no original state which existed from the start; we shall have to make it, in the truest sense of the word.’ Peace and conflict research, as well as an active civil society and peace movement as key to a new peace policy.

Response: Gabriela Heinrich MP, Vice-Chairman of the SPD parliamentary group in the Bundestag

High-Level Panel discussion on global peace and security in the 21st Century including a video statement by Cyril Ramaphosa, President of the Republic of South Africa and President of the African National Congress

Simultaneous German/English translation will be provided throughout the conference.

What can we learn from Willy Brandt's policies to help us cope with the challenges in global and European politics today? How can social democracy boost the European peace mission in an increasingly complex world? What questions must an all-embracing peace policy seek answers for in the future and for future generations?

From the United Nations Agenda 2030 to the guidelines of German foreign and peace policy: Willy Brandt's guiding principles for a more peaceful world have left their mark on German and international politics. His strong commitment to international peace still shapes the core of social democratic foreign, peace and development policy today.

50 years ago, on 10 December 1971, the German Federal Chancellor Willy Brandt was awarded the Nobel Peace Prize in Oslo for his committed work for détente and peace in Europe. The Nobel Committee paid tribute to the German Chancellor and former Foreign Minister for his then domestically controversial “Ostpolitik” which was based on the principles of non-violence and recognition of the status quo of the Eastern and Western blocs.

Willy Brandt acted in accordance with his profoundly pacifist beliefs which were not restricted to the pursuit of national and European interests. Half a century ago, he was already actively campaigning to balance the economic disparities between the North and South and for a comprehensive peace policy.

On 8 December we will be discussing these and other issues and invite you to follow the event on livestream on this page.

"Social security is one of the foundations of lasting peace (...) Peace is something more than the absence of war. A durable and equitable peace system requires equal development opportunities for all nations." Willy Brandt in his widely acclaimed speech "Peace Policy in Our Time" one day after being awarded the Nobel Peace Prize.

For what achievements was Willy Brandt awarded the Nobel Peace Prize?

The Nobel Peace Prize is awarded annually to honour individual persons and institutions that have developed special solutions in the spirit of human rights and international law and have worked for peace. On 10 December 1971, the Nobel Peace Prize was awarded to Willy Brandt. The Norwegian Nobel Committee paid tribute not only to Brandt's new Ostpolitik as a commitment to peace and security in the world of the Cold War, but also to his advocacy of closer European cooperation. In this way, the Nobel Committee encouraged Willy Brandt in his policy, which was at this time quite controversial, especially within Germany's conservative circles.

Willy Brandt succeeded in solving a number of problems that paralysed the European Community (EC). As newly elected Federal Chancellor, Willy Brandt made a particularly strong impression at the 1969 EC Summit in The Hague. It was here that the European Political Cooperation was introduced - a precursor of the later Common Foreign and Security Policy. The Nobel Prize Committee acknowledged this in its explanation: "Willy Brandt sees the improvement of cooperation in Western Europe as an integral part of a peace plan for all of Europe. The Chancellor has also taken important initiatives towards strengthening economic and political cooperation in Western Europe."

In addition to his commitment to a peaceful and united Europe, Willy Brandt was also honoured for his relentless efforts to promote understanding across the Iron Curtain. He thwarted the acute threat scenarios of the East-West conflict by seeking dialogue. His gesture of kneeling before the Warsaw Ghetto memorial became a worldwide symbol of his efforts for reconciliation. Brandt understood the global fight against hunger and poverty, for peace and more justice as a highly moral and human duty. His ideas of a global ethic were based on humanism, democratic socialism and the freedom of societies. At the same time, his involvement in the resistance against National Socialism secured him a high level of credibility beyond Germany's borders.