At the time, they were presented as an exception and a temporary, urgently needed measure. Yet two decades after the September 11 attacks, restrictions on freedom remain in force around the world.

Exactly 20 years ago, terrorists flew hijacked civilian airliners into New York's World Trade Center and the Pentagon in Washington DC. The images are burned into the collective memory not only in Germany and the United States, but worldwide. Thousands of people lost their lives and the further political consequences are well known: An ultimately disastrous military intervention in Afghanistan that ended only these days, the momentous deployment of a "coalition of the willing" (George W. Bush) against Saddam Hussein's Iraq, and from there shock waves that reached from the Middle East to Europe and decisively shape the parameters of global cooperation to this day.

But in addition to the obvious consequences of September 11, 2001, 20 years after the attack, there is another bitter balance to be drawn: The negative impact on civil liberties worldwide.

In the immediate aftermath of the attacks, the Patriot Act was introduced in the United States as a unique restriction of civil liberties and an equally unique expansion of state powers in the fight against terrorism. And this package of measures proved to be a political export hit in the months and years that followed. In the wake of the attacks, governments on six continents rushed to declare the "war on terrorism" a political priority and, in the process, to significantly restrict civil liberties and massively expand the rights of security agencies.

All of this was and is not necessarily illegitimate - on the contrary. But in the political argumentation, these steps were generally presented as an exceptional reaction and a temporary, urgently needed response to a unique challenge. Even today, 20 years after the attacks, however, most of these anti-terror laws remain in effect.

This, at least, is the finding of a comparative study of anti-terror legislation in the G20 countries commissioned by the New York UN office of the Friedrich Ebert Foundation on the anniversary of the New York attacks. The analysis, conducted by renowned terrorism expert Josef Braml in cooperation with FES offices in the 20 most important industrialized and emerging countries, examined which of the anti-terror measures imposed remain in force two decades after the attack.

The clear result of the study: across the board, powers of the security authorities, not least in terms of data retention, have been introduced but not reversed. The state of emergency was not overcome, but in many respects perpetuated.

However, this provided a unique opportunity, not least for a whole series of authoritarian states, to use special anti-terrorism powers against disagreeable dissidents and critics of the regime. In her foreword to the study, Federal Minister of Justice Christine Lambrecht therefore points out that there is always a precarious balance between freedom and security. In democratic societies, therefore, it is not least the highest courts that have the important task of resolutely countering encroaching tendencies on the part of security authorities wherever this is necessary.

Josef Braml is Head of the Americas Program at the German Council on Foreign Relations (DGAP). His areas of expertise include American conceptions of world order and transatlantic relations, U.S. security, energy, and trade policy, economic and domestic frameworks of American foreign policy, and comparative governance analysis. 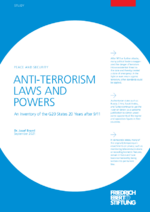 all FES experts on global and regional politics 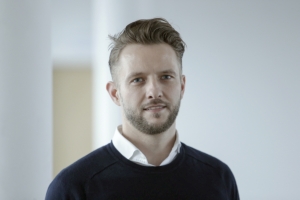