Trade unions and informal economy associations can shape a decent future of work, which considers the African cultural and infrastructure context

In their paper “Feminist visions on the future of work in Africa” Crystal Dicks and Prakashnee Govender stress that technological advances may not reach a vast majority of African women as the digital divide remains gendered. They suggest a “feminist framework”, 12 critical initiatives, which could not only mitigate any immediate negative impacts for African women in work but also harness the potential to make positive steps toward gender equality. We asked Brenda Chelagat, project coordinator from FES Kenya, to share her thoughts on the paper and tell us about the challenges of her current work on trade unions and gender justice.

Brenda, your work in Kenya focusses a lot on trade union and feminist activists. How does the paper relate to their reality?

I can confirm the statement in the paper, that there is limited publication on the future of work in relation to women, and specifically African women. Data and disaggregation of data to explain how various labour concerns impact on Kenyan women can be difficult to access due to limited research and publication of research work in this area.

The assertion that African women mainly work in the informal economy, hold precarious jobs, and spend a significant amount of time in unpaid labour is indeed reflective of the Kenyan context. A national survey of micro, small, and medium enterprises (MSMEs) in 2016 indicated that women owned 60.7% of unlicensed MSMEs. Labour studies undertaken of the cut flower industries in Kenya reveal precarious jobs where majority of workers are women who work under unsafe conditions, for excessive hours with low wages. The flower and garment industries in Kenya are examples of foreign direct investment push for incentives that many times include non-enforcement of labour market regulation leading to exploitative conditions for worker’s majority of whom are women.

The paper calls on African feminists to lend their voices to the discussion on the future of work to ensure that exploitative and oppressive capitalist and patriarchal systems are not the ones shaping the future of work for African women. The call for women to the frontlines is key and women should indeed organize through trade unions and informal economy associations to shape a future of work that will consider the African cultural and infrastructure context.

How does your work with unions address the critical questions of gender justice and the future of work?

In Kenya our goal is to work with trade unions as membership driven organization to strengthen gender justice within the trade union movement but also work towards achieving gender justice in society. We do this by working hand in hand with unions and also by supporting their role in shaping public policy debates. The description of the African women’s labour context captures the Kenyan women’s labour experience where the informal economy employs approximately 83.6% of the Kenyan work force with ILO studies indicating that majority of these are women and youth. The Kenyan trade unions recognize the need to organize workers in both formal and informal economies to ensure that rights of all workers are protected.

Through the FES-Kenya supported Decent Work and Social Protection Working Group (DW&SPWG), the Central Organisation of Trade Unions – Kenya (COTU (K)) is engaging with the Ministry of Labour on various policies to ensure decent work in both the formal and informal economies and shaping of discourse on the Future of Work. The DW&SPWG is currently focusing on social protection where the discourse is on the extension of social protection to the informal economy through advocating for ease of access and affordability for the informally employed. To speak with the words of the authors of the study, we are contributing to a future of work that also holds a future for workers.

The paper highlights 12 critical initiatives that could advance gender equality in the world of work. In your opinion, what would be useful entry points to transform the current world of work in a gender just one?

I think it is crucial to support feminist political action in advocating for decent work in policy and practice. Feminists have been very outspoken and at the forefront of the struggle for social justice.  Otherwise it is important to keep in focus the ILO Core Labour Standards (CLS) and to sensitize unions for the negative impacts of gender inequality. Building the capacity of these unions – and especially female unionists – to actively engage in shaping the future of work discourse should be one of our objectives.

Informal economy associations also present an opportunity to further this discussion. They could be allies in the cause of constantly challenging cultural and social norms that perpetuate gender inequality in the world of work. 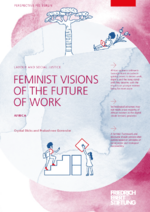 Feminist visions of the future of work 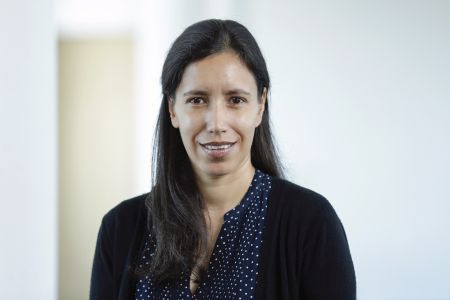 The pursuit of alternatives: “Extractivist” development and feminist workers’ resistance in Thailand

The pursuit of alternatives: “Extractivist” development and feminist workers’ resistance in Thailand

No “future of work” without respect for nature