On August 24, the Human Rights Council (HRC) held an emergency session on Afghanistan, producing a resolution that failed to guarantee accountability for human rights violations and the Afghanistan Independent Human Rights Commission (AIHRC) called the document a "travesty". What is the situation of the AIHRC today?

We remain extremely concerned about the safety of members and staff from the Afghanistan Independent Human Rights Commission (AIHRC) and reiterate our call for measures for protection for those members and staff which are still in-country.

The AIHRC is a highly esteemed member of GANHRI and has been a critical voice defending human rights in Afghanistan’s volatile and highly complex and challenging environment. Members and staff have, and continue to, demonstrate extraordinary bravery and commitment to human rights, at times at grave personal risk. AIHRC has regularly reported with evidence-based information on the human rights situation in Afghanistan to both the Human Rights Council and to the Security Council, including most recently, with concrete recommendations for action.

As a result of its work and status, AIHRC members and staff today are at high risk. We call on all states, and on the Taliban, to ensure their protection. With the recent Taliban announcements, we are also deeply concerned at the future of AIHRC as an independent national human rights institution.

The continued existence and operation of an independent national human rights institution for Afghanistan is critically important – not only for fundamental human rights of all, but, importantly, also as driver to promoting reconciliation among all actors, which is so vital to Afghanistan’s future.

The European Union amongst others regretted that the Council failed to create an independent monitoring mechanism on the country’s situation. The situation in Afghanistan has only become more critical and there are reports of severe restrictions, abuse, and violations of human rights throughout the country. Currently, the 48th session of the Human Rights Council is taking place. What can and must the European Countries do to make up for previous failures?

The reports of human rights violations which are being received are extremely concerning. The HRC failed to be able to respond in any way commensurate to the situation.

Human rights violations are reported to include those of the right to life, freedom of movement, assembly, freedom of speech and expression. There are also reports of arbitrary arrests, and killings. Of particular and grave concern is the situation of women and girls, of minorities, especially Hazaras, and that of internally displaced persons. In contradiction to assurances that the Taliban would uphold women's rights, it has been reported that women have instead been progressively excluded from the public sphere.

The UN High Commissioner for Human Rights Michelle Bachelet has also been reporting deeply troubling information regarding Taliban raids on offices of some non-governmental organisations and civil society groups, and on reprisals killings. Bachelet, acting under her mandate in resolution 48/141, is working to the full extent of her office’s capacity to monitor the rights of the Afghan people and assist, wherever possible, in protecting and advancing those rights. European states can play an important role in supporting the High Commissioner in these efforts.

While an independent national human rights institution is vital, it was the first to call for an international Fact-Finding Mission, both to hold to account perpetrators of past violations and to monitor, document and report on current and future violations. It is beyond the capacity of AIHRC to do this and the High Commissioner has called for an international mechanism at both the Special Session and 48th Session. AIHRC and others are looking to the European States for leadership.

Afghanistan has ratified a number of international human rights treaties and, as a result, has legal obligations resulting from these treaties. This includes the Convention on the Elimination of all forms of Discrimination Against Women (CEDAW). All states should use their influence with the Taliban to encourage respect for human rights, in line with Afghanistan’s international human rights obligations, with special attention to the rights of women and girls, as well as members of ethnic and religious minority communities.

All states including those in Europe should also assist the UN and other actors in addressing the profoundly alarming and escalating humanitarian crisis. Many states including Europeans have made tremendous efforts in particularly challenging circumstances to evacuate and relocate those at risk, including human rights defenders and women human rights defenders, but more needs to be done so ensure that those wanting to leave can do so freely and in security.

Even if a monitoring mechanism had been created without sanctions, how could it make a really difference?

It is worth reiterating that there have been multiple HRC mandated investigative bodies (supported by the EU) whose work is restricted to remote monitoring, but which have produced numerous excellent and impactful reports – Syria, Venezuela, Myanmar, Gaza/Occupied Palestinian Territories, Sri Lanka, and others. It is critically important not to turn off the lights when Afghanistan is facing its direst hour.

So far, the international community does not appear to have exerted much pressure on the Taliban. It needs to explore what matters to the Taliban and what leverage it still has: The Taliban appear to crave international recognition. That could be denied. They want to be removed from the UN and other sanctions lists. That is leverage. They want funds. This is a tool that needs to be used very carefully lest freezes harm ordinary Afghans.

Sometimes leverage pops up unexpectedly. Initially the Taliban banned women’s cricket but when the men’s cricket Test in Australia was threatened with cancellation, the Taliban said banning women for playing cricket isn’t a final decision.

The international community has called on the Taliban to form an inclusive government, with meaningful participation of women, and representation of Afghanistan's diverse communities. The interim government they have presented on September 7th, however, neither includes women nor a substantial part of non-Pashtun representatives. Even worse, the government consists of many well-known Taliban hardliners supporting terror and harsh human rights violations. It is Afghan women who dare to challenge this decision: Their recent protests were violently dispersed. How do you think the international community must react to the mounting human rights violations against the women and girls, but also against ethnic and religious minorities like the Hazara?

By refusing the Taliban what they crave, as noted above and by vocally and practically supporting Afghans who are exercising their human rights.

First there needs to be a full analysis of where the leverage exists and then pressure should be exerted. There are 35 million Afghans, and they can’t all leave but neither should evacuations stop now. European countries should continue to receive Afghans at risk of reprisals including women and men human rights defenders, as well as others like prosecutors and judges. To shut the doors will not only result in preventable harm to these individuals but will invite longer term consequences.

In August, UN High Commissioner for Human Rights, Michelle Bachelet, called on all States to create safe pathways for Afghan refugees and migrants, broaden asylum and resettlement programs, and immediately halt the deportation of Afghans who seek protection. What role do you see the European Countries have in regard to the protection of Afghans fleeing their country?

We urge all states including those in Europe to intensify international cooperation to ensure safe passage of all those wishing to leave the country, including by land to neighbouring countries through the establishment of safe corridors — and this for as long as required.

European countries can play an important role in supporting Afghanistan’s neighbouring countries that are sheltering large number of Afghan refugees, and in supporting the UN system in in providing humanitarian responses. They could also ensure that all claims of nationals and former habitual residents of Afghanistan seeking international protection in their countries should be processed in fast-tracked, and efficient procedures in accordance with international law. This should include a broad interpretation of the criteria of “dependents”.

And, importantly, the principle of non-refoulement must be respected at all times.

What are your hopes for the outcomes of the 48th Council Session with regard to the human rights situation in Afghanistan?

With monitoring activities to become increasingly challenging in Afghanistan, we join the renewed call from AIHRC and that of many others for the HRC at its current session to establish a fact-finding mission or other independent investigative mechanism, with a broad multi-year mandate to monitor, document and report on all human rights violations by all actors.

The mechanism should be mandated to regularly report its findings to both the Human Rights and Security Council. It should include a gender focus and be adequately resourced. Such mechanism will help ensure that at this time of extreme crisis the United Nation and the broader international community are able to receive, and act upon, credible and reliable information about the human rights situation on the ground. Such mechanism will also be critical for ensuring accountability.

The situation in Afghanistan must receive an urgent, united, and unequivocal response from the international community, to protect Afghan people’s lives and dignity.

Thank you for the interview.

is the Geneva-based Representative of the Global Alliance of National Human Rights Institutions (GANHRI). She leads GANHRI’s strategic and thematic work, engagement with the United Nations, and cooperation with partners. She is also GANHRI’s focal point for NHRIs under threat, and GANHRI’s representative on the sub-committee on accreditation.
Ms Rose is a lawyer qualified for practice under German jurisdiction. She is fluent in English, French, German, Italian, and Spanish. 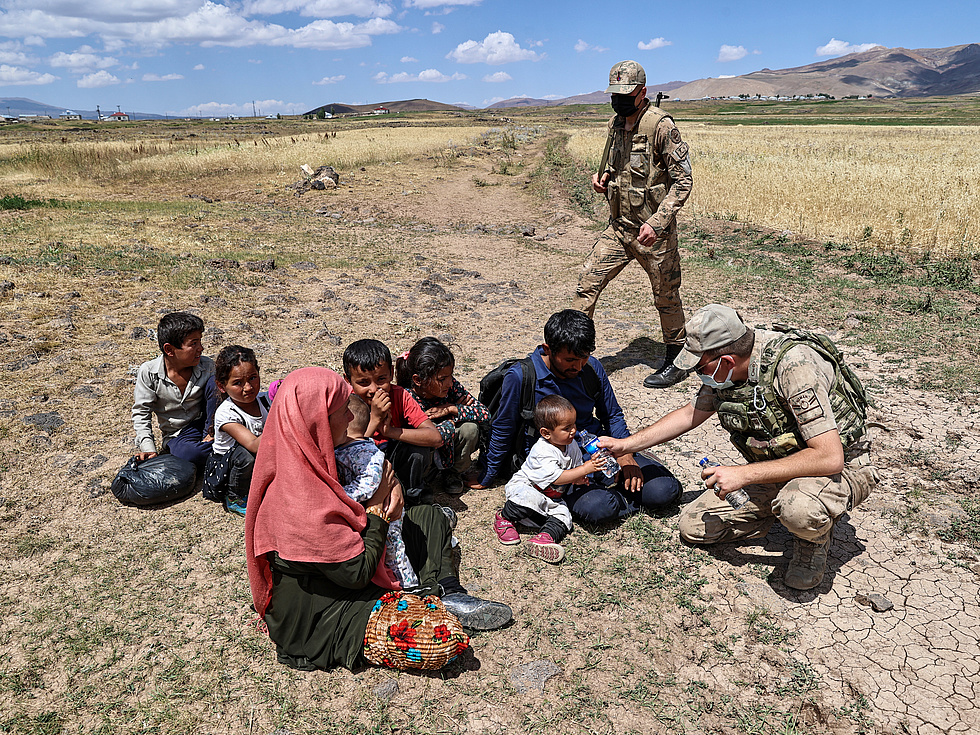 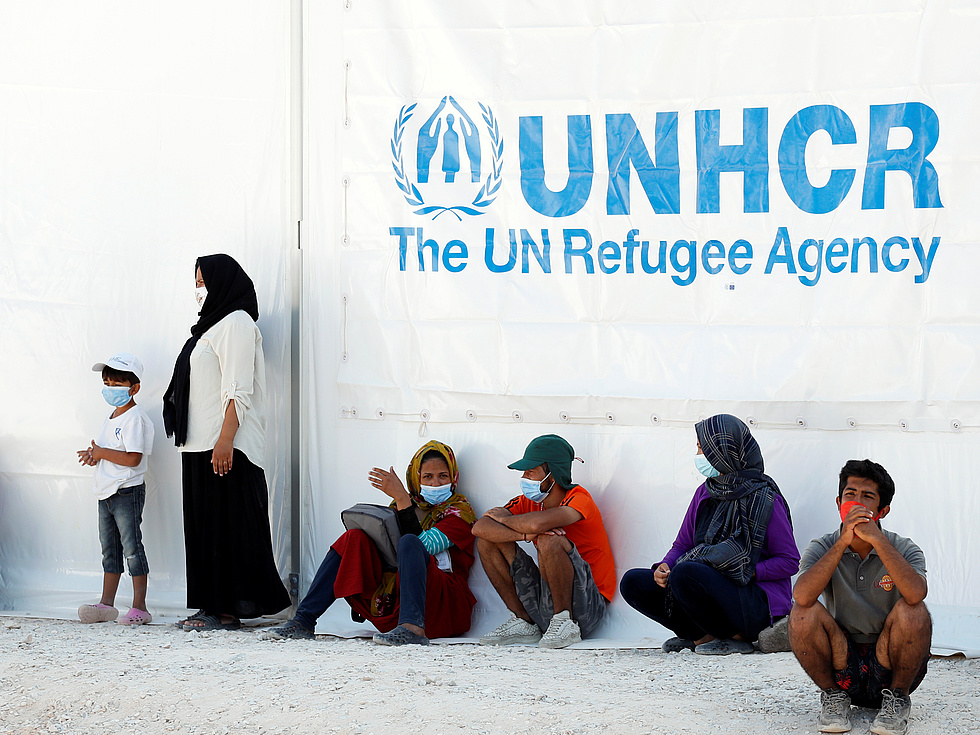 Julia Kühne, Assistant to the Head of Department

The Global Policy and Development Department deals with the following range of topics:

We look forward to exchanging ideas with you. You can find your contact persons here.