Regulations on who and under which terms military weapons deals may be authorized differ between European states. Greater transparency is therefore a necessary first step.

Anyone who deals with armaments and military weapons carries a heavy responsibility. However, it is difficult to see from the outside whether arms exports actually meet this standard. Therefore, on March 20, we held a discussion in Berlin on how arms export policy can become more transparent and more responsible, both for Germany and for Europe.

European nation states decide if and to which trading partners arms may be exported. Their parliaments, however, are only marginally involved in this process. Beginning with the current legislative period, Germany did make the authorization procedures more transparent, but the Bundestag is still only informed of transacted export decisions. Most European countries manage the procedure similarly. Against this background, we analyze how authorization procedures can become more traceable and in which form national parliaments can and should be included.

Further, there is no EU-wide regulation for arms export authorizations. The Council of the European Union did adopt a Joint Position on Control of Exports of Military Technology and Equipment in 2008. But until now, regulations on who may authorize arms exports and under which terms differ greatly between EU member states. In addition, decision-making powers often lie with several different agencies, which means that foreign and security policy directives get blurred.

However, national interests, which play a large role in arms export policy, stand in opposition to a joint regulation. As many countries have strong armaments and defense industries, arms exports always affect jobs, technical know-how and prestige. Accordingly, the reactions to any attempts to standardize authorization procedures EU-wide range from skeptical to flat refusal. Therefore, we also discussed how much leeway the various interests offer and whether there might be interim steps that get us closer to a more unified and coherent authorization procedure. 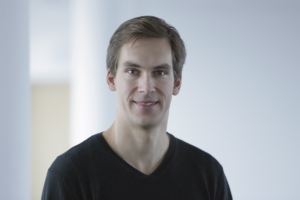