From a global perspective, the phenomenon of flight is nothing new; rather, it has been a tragic constant, especially during the past few decades. Nevertheless, the number of those seeking sanctuary around the globe has been rising for years. The war in Syria has moved the crucible of crisis closer to Europe; however, the numerous and unrelenting conflicts in Eritrea, Somalia, the Democratic Republic of the Congo, Afghanistan, Iraq, and elsewhere have tested the limits of the international refugee regime.

Every person is entitled to human rights? Not here

Inside Malawi’s largest refugee camp, thousands of lives are kept without a vivid view of tomorrow under strict governing policies. But there is hope. 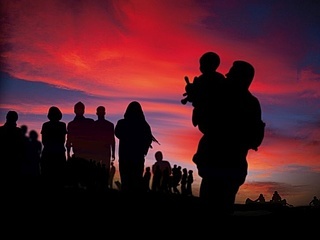 When Borders close, what happens to Migrants?

The Covid-19 crisis had an immediate impact on migrants, both those who remain in Libya and those who attempt to cross the Mediterranean Sea. 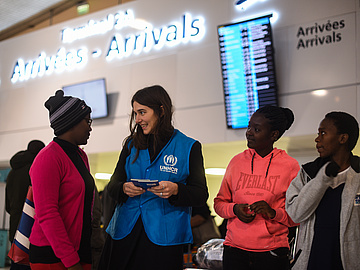 Resettlement is one important contribution to refugee protection

On Human Rights Day, we spoke with Katharina Lumpp (UNHCR) about international refugee protection, resettlement, and complementary pathways for refugees 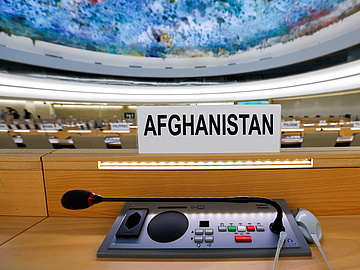 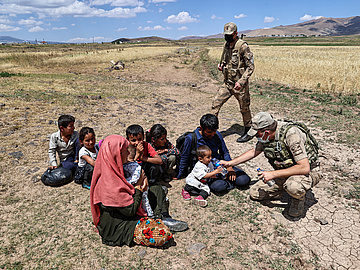 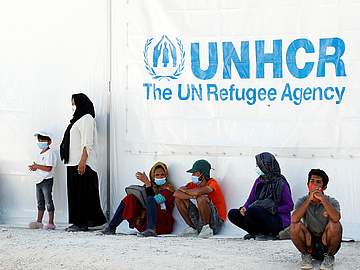 Around the world nearly 70 million people have fled war, violence, and persecution. According to figures supplied by the UN refugee aid agency UNHCR, on average 44,000 people have been forced to leave their homes every day. Forty million of those are internally displaced persons, 3.1 million await the outcome of their asylum applications, while roughly 25 million have fled to other countries. More than half of those who have fled are under eighteen years of age. Even the numbers of internally displaced persons have increased in recent years. This is an indication of the fact that it is getting progressively harder to find sanctuary in safe countries when armed conflicts break out.

Even if we confine ourselves to cases of flight across international borders, it turns out that only a relatively small number of those who abandon their homelands end up at Europe's gates. Nine out of ten of those in such a situation flee to countries in the immediate vicinity. Eighty-five percent of all refugees are taken in by developing countries (in 2003 that figure was considerably lower, at 70%). Nearly a third of all refugees find sanctuary in the least developed countries, i.e., in countries where the average person lives on less than $1.25 a day. Taking its economic prosperity into account, Europe accepts very few refugees. Only 1 to 2% of all the refugees around the world come to Europe.

One reason behind that statistic is the scarcity of safe travel paths for refugees. In fact, many refugee routes are associated with exceptional danger for persons in transit. The passage across the Mediterranean in leaky boats illustrates the dangers posed by such perilous routes

About half of the world's refugees are stuck in so-called “protracted situations” the duration of which averages about twenty years. Thus, these situations may become a long-term concern that poses entirely new challenges to the people in the camps as well as the countries that host them.

When we turn our attention to European refugee policy, we notice that certain topics dominate the political debate, including the following:

In this context, refugees are often viewed as an anonymous mass of human beings against whom we have to erect barriers.  Unsurprisingly then, the refugees' legal claims, which are based on the Geneva Convention on Refugees, among other grounds, and the underlying reasons why they have fled their homes in the first place are sometimes ignored or suppressed. Nevertheless, a refugee policy rooted in solidarity could improve cooperation among countries around the world while insuring fairer burden-sharing.

When it comers to national policy-making, the capacity of states to accept refugees and the rights of the latter often are seen as conflicting. Public debates frequently are dominated by issues such as deportation and refugee housing in large centers. Furthermore, the depiction of certain states as “safe countries of origin” also is intended to unburden the asylum system. But if we really want to lighten those burdens, what we need instead are global accords and greater national willingness to accept refugees so that those who have fled can avail themselves of their right to protection.

Despite the fact that the refugee regime is still “under construction” in many ways, Germany has assumed its responsibilities and tried to offer asylum-seekers better life prospects. Many people across the country have helped in this endeavor. They have volunteered to tackle the practical problems that arise when refugee first arrive and then later the tasks involved in long-term integration. Eventually many form friendships with the refugees.

On this page you will find the Friedrich Ebert Stiftung's analyses of German, European, and global refugee policy as well as background reports and information about the situation of the refugees.