The European Union, just like other migration destinations, has for a long time been developing and implementing policies that are geared towards preventing unwanted migration – including refugees. Key elements of this policy are physical border fortifications, extensive surveillance measures, a restrictive visa policy and so-called carrier sanctions against airlines that transport persons without valid documents, as well as cooperation with transit states. In addition, the European states have – paradoxically – committed themselves to fight human trafficking, even though it is theirisolationist policies that make up the foundation of the traffickers' business in the first place. Political decision makers keep making promises of further opening up legal channels of migration, but this has only happened to an insufficient degree.

Grave Consequences for Migrants, the EU and Refugee Protection

These policies have dramatic consequences. Due to a lack of legal alternatives, people seeking protection and other migrants have to put their lives in the hands of – sometimes unscrupulous– traffickers. Every year, hundreds of thousands risk their lives – thousands die. Further, these routes are highly selective: People without the necessary financial resources and physical robustness cannot access them, for the most part. It is a critical situation for the EU as well, seeing that it suffers from a significant loss of credibility. This becomes especially apparent when a ship is wrecked off a European coast. Further, in the medium-term, there are devastating consequences for global human and refugee rights if central actors like the US, Australia or the EU move away from the standards of international refugee protection or withdraw their commitment.

Apart from the concerns outlined above, there are doubts about the efficacy of economically very costly isolationist measures. In the past, the continuous expansion of the “Fortress Europe” has not led to a stop of irregular arrivals, despite the investment of billions of Euros. As a result of large-scale refugee movements in 2015 and 2016, further measures had been decided upon, mainly relating cooperation with transit countries, in particular Turkey and Libya. These cooperations did lead to a lower number of irregular migrants, at least temporarily. The fact that fewer people reach European shores is being hailed as a successful closure of migration routes by some. Conversely, legal paths to migration have not been created to a sufficient extent. There are still thousands of people traveling along the dangerous routes. For others, it means that they have to keep enduring precarious or degrading circumstances with no end in sight. For example, there are wire reports by the Federal Foreign Service on Libyan prisons that allege “concentration camp-like conditions”.

For years, politicians and scientist have called for the establishment of extensive safe and legal channels of migration to Europe. However, nothing new needs to be invented or developed for this to happen, as Germany and other states are already in command of a comprehensive tool box. Examples include the UNHCR Resettlement Program or Humanitarian Admission Programs. Private sponsorships and humanitarian visas as well have had successful trials in some states. In addition, non-humanitarian channels of migration like family reunification, labor or educational migration could be opened further as safe and legal immigration routes. These could be used both by refugees and other migrant groups. All these tools have been and are being used already.

In conclusion, the lack of development of the measures outlined above is not due to just legal or –admittedly complex – organizational details. The decisive barriers are a dearth of political will and a lack of acceptance for migration in parts of society. But it is the expansion of legal channels in particular that can increase the acceptance of migration. Through this, the fear of a loss of control – which is being used for political ends – can be mitigated.

The so-far unsolved question of international cooperation is paramount for the future development of legal paths of migration. Because if only a few states take part, their respective decision makers fear that society's acceptance for it will decrease (“Why is it just us?”). Another worry is that too small a contingent will not lead to the hoped-for redirection from irregular to regular migration. This in turn, so the fear goes, could lead to a situation in which just as many migrants as before would arrive through irregular means, in addition to those that entered legally.

Europe Needs a Coalition of the Willing

The redirection of migration into legal channels can only succeed if those able and willing to migrate see these paths as a realistic chance. For this, it is crucial that there is a substantial volume of channels of migration and that they are kept open long-term. In order to achieve this, migration destination states must work together internationally. As the inter-European relocation of persons seeking protection within the framework of the Relocation Program has shown, a willingness to receive cannot be forced via majority vote. So even if the current political climate does not seem favorable, the building of a coalition of the willing must be a continuing goal, especially within the EU, but also elsewhere.

For a long-term and strategic alignment of European migration and refugee policy, various ways and tools are needed. The most current suggestions by the EU Commission (50,000 resettlement spaces until the end of October 2019, a private sponsorship trial and a pilot project on legal labor migration) are a step in the right direction. However, when further developing these measures, it will be key to view them not only through the lens of a possible loss of control, but to see them as a collective and long-term learning process in which new ways may be tried. Only like this a sustainable migration and refugee policy can be reached.

Dr. Marcus Engler is a migration researcher and political consultant. For the past years, his major focus has been on trends, debates and political developments around the field of migration, in particular pertaining to Germany and Europe.

This article ties in to the message “Out Of Sight, Out Of Mind? Isolationism Is No Solution”, part of the project “Shaping Migration – Justly and Globally”. 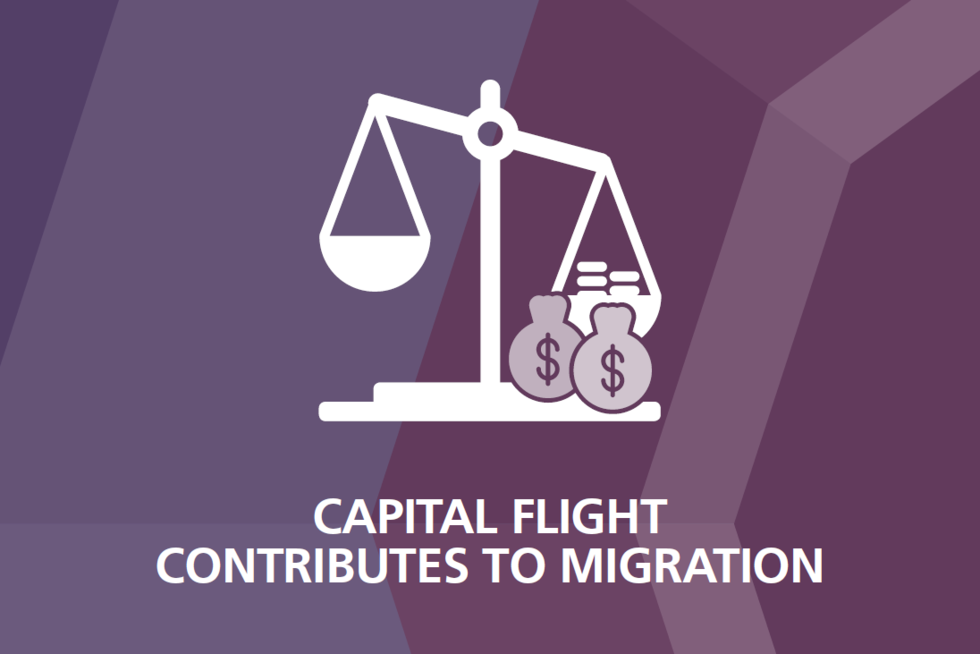 From Problem to Opportunity: Migration in the age of climate change

What do flight and migration have to do with natural disasters and climate change? Here are three common misunderstandings and a novel approach.